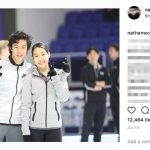 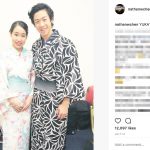 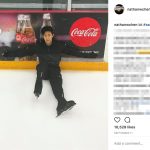 Who is Nathan Chen’s girlfriend?  That’s the question on plenty of people’s minds. Let’s go through what we know:

The last girlfriend we know of, was confirmed by…. Nathan Chen.  Chen first confirmed that he and fellow figure skater Amber Glenn were dating in response to a fan’s question on Twitter.  From there, the love affair continued publicly across social media.

@nathanwchen love and miss you too?

Amber posted about him regularly in her feed. Information is scant about why, when, or if they even split. However, in May 2016 she wrote him a special note for his birthday. Amber then posted the note. She said he was the one person she can rely on not to judge her. Amber called him the one person she needs to talk to when she has a bad day. The note and post came on his 17th birthday.

Unfortunately things have gone radio silent on that subject.  But, the fact they haven’t deleted any of the lovey fodder to one another, still says something.  What, exactly that is, we’re not sure.  By early 2017, the open affection was done, and the two rarely interact since.

If not Amber Glenn, then who?

Speculation on the topic points to Nathan Chen’s girlfriend potentially being Mai Mihara.  Mai Mihara is another fellow figure skater.  She began to appear in his social media feed in May of 2017.

Mai Mihara comes from Kobe, Japan. She turned eighteen in August of 2017, and she competes internationally in figure skating. According to her bio page on a fan’s tumblr website, she began skating at the age of eight. Her favorite skater is Mao Asada. The same site also lists her rank at 13th in the world. Mai appeared with him in his own social media post on July 12 of 2017.  Rumors started that Mai is Nathan Chen’s girlfriend based on the heart eyes emoji that captioned the pictures.  In that photo, they both wore traditional Japanese garments called Yukata. The Yukata are also worn at traditional Japanese events like fireworks, festivals, and hot springs.

Mai appeared in an interview for the International Skating Union in May of 2017. In the interview, Mai gives a comprehensive overview of her technical skills and ambitions. She also mentioned one of her goals for training in the summer was to improve her posture and expression. Since the music is important to a routine, Mai said she enjoys the “Cinderella Theme” to skate to. Her goal at the start of last season was to gain her jump abilities back since she suffered acute arthritis. Mai mentioned she gained them back and accomplished her goal.

If we’re being honest, this one doesn’t look like it has any legs.  The two seem to have mutual professional respect for one another.  Heart eyed emojis be damned.

SO THEN WHO IS IT?

Who is Nathan Chen’s girlfriend?  It all remains to be seen.  Can’t no one be an answer?  Sometimes the most likely option is the best option. 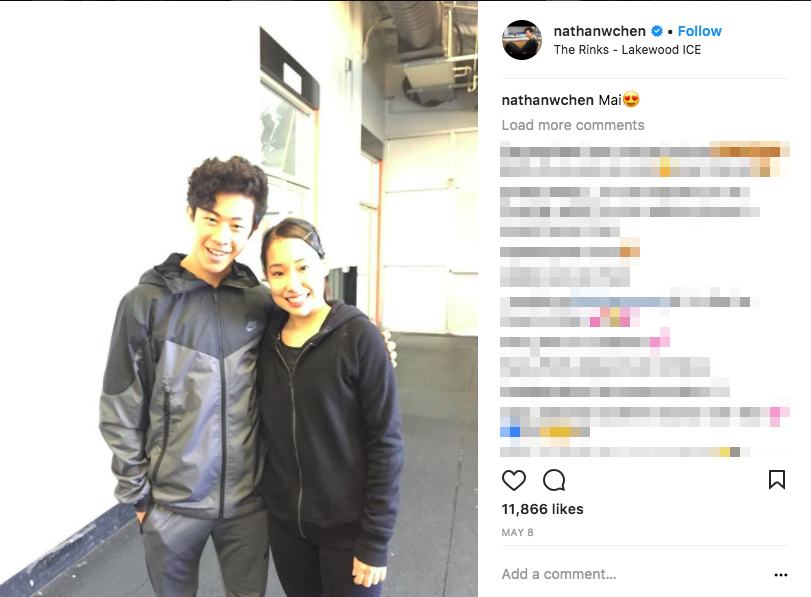