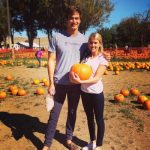 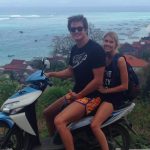 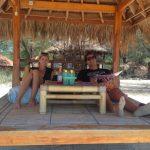 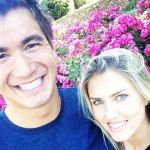 Nathan Adrian’s girlfriend Hallie Ivester was lucky enough to go on an exotic trip with him to Bali in 2015. The pictures were pretty exotic. Activities included snorkeling off of what looked like a giant ancient sea vessel but was actually just a fancy tourist boat. In May of 2015, they visited an awesome art installation called “Swimming Pool” by Leandro Erlich. The installation was topically on point because it featured a large water-covered “pool ceiling” with people walking down at the bottom of what appeared to be a swimming pool but is actually just a room. Nathan was plenty into it.

Hallie keeps a blog with pictures that she updates from time to time, and a lot of that is just the two of them hanging out and looking good together. Nathan Adrian’s girlfriend is particularly fond of sharing photos of Nathan and his nephew. I’m thinking she’s got some ideas about kids with big Nate in the future. Hallie also likes to keep a kind of visual diary on her blog of the stuff she’s into outside of the relationship. That includes modern art pieces and fashion. She appears to have a deep appreciation of absurdist and surrealist art and sculpture based on what she’s shared.

Back in 2014, Nathan Adrian’s girlfriend and him dressed up as characters from “Monsters Inc.” Sharing Halloween costume pictures is a fairly ubiquitous past time of couples, and Olympic couples are no different. Hallie loves the attention she gets from her blog and often replies to questions random people ask her by sharing photos of their requests. Back in 2014, Hallie shared a ton of pictures of her and Nathan in Indonesia. I’m also well aware that they started their relationship on August 31, 2013 because she celebrates anniversaries like a fiend. In fact, their one-year anniversary may very well have been an excuse to take a trip to Indonesia together. 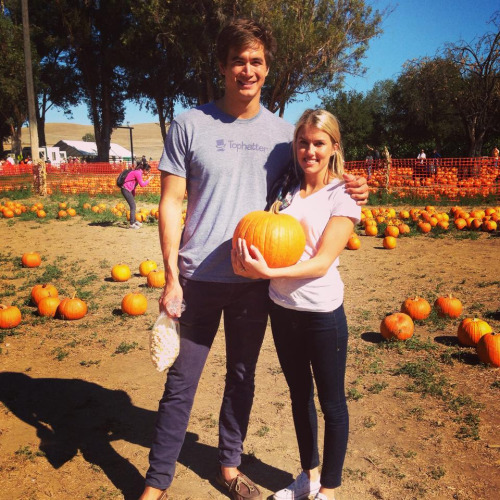