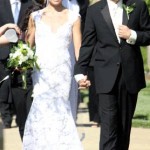 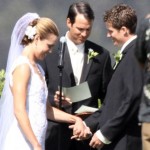 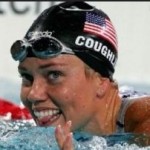 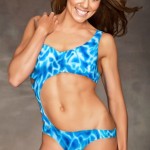 We here at Playerwives all agree that Natalie Coughlin’s husband Ethan Hall is a very lucky man. That’s because Coughlin is a certified GRADE A BADASS. And for those who continue to read on, we’re sure you’ll agree with our sentiment.

We’ll start where Coughlin shines the most: the swimming pool. She has taken home 11 Olympic medals so far, which is one away from tying the all time women’s record currently held by Jenny Thompson. In 2008, she captured 6 medals, which is the most won in a single Olympics by any woman. Oh, and she did all that with torn tendon in her shoulder. What?!?

Out of the water, Coughlin has seemingly also perfected the art of cooking. She has a full scale garden at home, from which she uses ingredients to cook meals for herself and Ethan. During the 2008 Olympics, she was invited on The Today Show to make a Chinese-themed meal. She also appeared on Iron Chef America as a guest judge. And just in case you weren’t already thoroughly impressed (side note: if you weren’t, shame on you), she appeared on Season 9 of Dancing With the Stars where she made it to the 5th round.

Hall is currently an assistant coach for Crow Canyon Sea Lions, which is a country club in California near the couple’s home. As I’m sure you’ve have guessed, Hall previously swam competitively and even qualified for the Olympics in 1996 and 2000. The couple married on April 25, 2009. Hall and Coughlin have two dogs, SheRa and Dozer.

So she is a world-class swimmer, amazing cook and confident enough to go on live TV to dance in front of America? Yup, that’ll do… 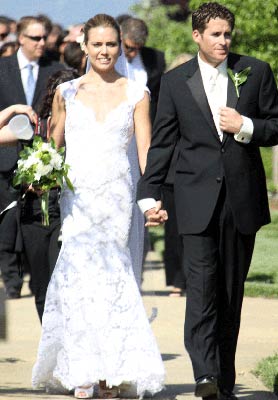