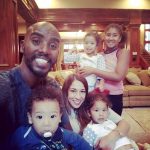 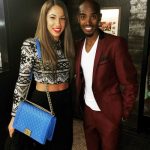 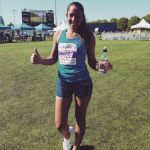 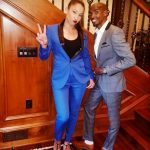 Mo Farah’s wife Tania Nell Farah is the mother of their four kids. They’re all daughters except for the youngest. Recently she talked about having to shield them from the tabloids after Mo’s coach got tied to the use of doping. As a result, Mo had to distance himself from the former coach. The tabloids were hounding the family trying to link him to it. Tania said it was a big ordeal for her. Because the reporters would stake out their house and ring the doorbell to ask dumb questions.

She went on to say that when Mo leaves for an event, she is “constantly managing chaos on my own”. When he’s not around, Mo Farah’s wife Tania Nell does indeed have it kind of rough. Having three young girls and a baby boy at home can’t be easy. She recently said:

Yikes! Most of that has to do with altitude training. Mo leaves to get his body conditioned to high altitudes. As a result, it becomes easier to run and breathe at lower ones. Still, that’s not easy for the family.

Mo said he wants one gold medal for each of his children. Hey, say what you want about medals but your wife seems like she’s over it! Mo Farah’s wife is a good sport, though. Through the controversy regarding Mo’s old coach, Jama Aden, and now the upcoming games in Rio she’s right there with him. I’m not entirely sure if the family is flying down to Rio but I’d imagine they are. At the start of June, Tania wanted to run a local race for fun but got there at the wrong time. Mo posted a picture of her with thumbs down and a sad face, asking if anyone knew of a fun local race besides the one they missed. 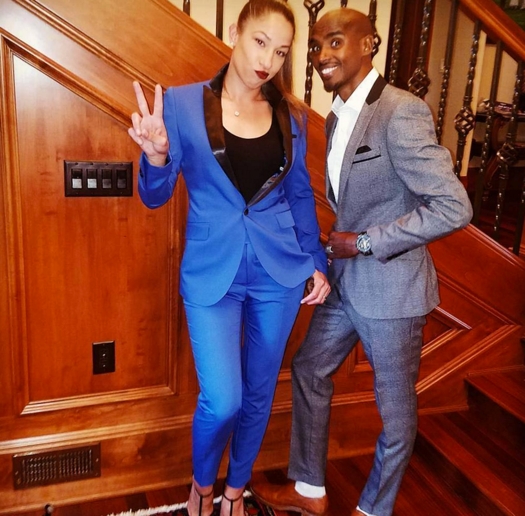