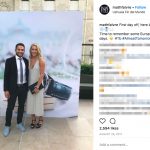 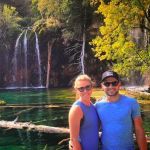 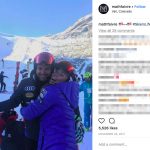 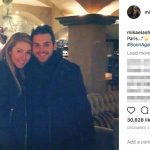 Mikaela Shiffrin’s boyfriend Mathieu Faivre is a French Alpine ski racer. Mathieu was born in 1992 and debuted in the World Cup at the age of eighteen. In an article by The New Yorker from November of 2017, the author briefly mentioned him. However, they didn’t focus much on Mathieu for long. According to the article, Mikaela’s mother told the author that Mikaela started to date Mathieu. The author made Mikaela aware that he knew, and Mikaela laughed and told him Mathieu is a cutie. Mikaela felt unsure about dating someone long-distance. Her close friend Bug Pech told her it was a good idea and that everything in her life is long-distance.

Pech also said it’s healthy for Mikaela to have something constant and normal in her life. Mikaela Shiffrin’s boyfriend placed 11th at the Alta Badia racing competition in Italy. Since he felt unhappy about the result, he told followers on social media he still had work to do to find his happy face before the end of the season. Prior to that competition, Mathieu placed 4th in the Audi FIS World Cup in December. That event took place in France. The couple also saw each other in November in Vail, Colorado. It’s also worth noting that Mathieu competed in the 2014 Olympics for France. He earned no medals in that competition but did gain valuable experience.

The US Olympian and the International Love Affair

In another long article by Outside, Mikaela Shiffrin’s boyfriend is mentioned because she went to visit him in Paris at the time. It was not her first trip to the city. In June of 2017, she displayed a picture of her and Mathieu outside of the Notre Dame Cathedral. Mikaela said she didn’t have the patience to wait in line but did manage to get a close look at the buttresses. Thus, her trip to the Cathedral was a success by her estimation.

The Outside piece mentions a recurring dream Mikaela has. She dreams she goes to a race, puts on her gear, and then realizes she is wearing no clothes. Then she puts on her clothes and realizes she is wearing no gear. This pattern continues and she runs to the race start, but the hill she climbs gets steeper until she falls off a cliff. What does Mikaela Shiffrin’s boyfriend think of her dream? What does it mean? Mikaela began to race at the age of seven and is now the top-rated woman alpine skier in the world.