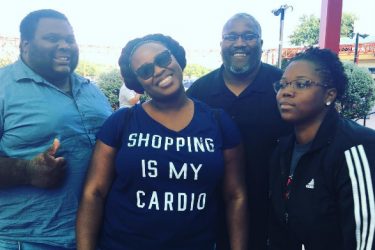 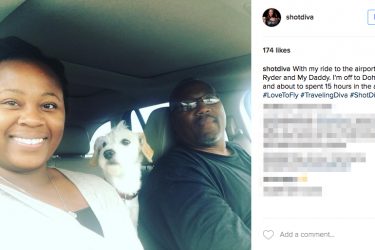 Michelle Carter’s father is Michael Carter.  Michael holds an impressive resume: three-time Super Bowl champ and Pro-Bowler, Olympian, and an all-time high school record holder for the shot put. His high school record for the shot put is so impressive that it added more than nine feet to the previous record! This was back in 1979! No one has come within two feet of his record since then! That is astounding. Some perfect storm of human athletic existence coalesced the day that Michael Carter picked up that metal ball. The feat was so titanic that Michael was named the high school athlete of the year, and USA Track & Field has since named it the 16th greatest moment in American track and field over the quarter century.

Recently, Michelle Carter’s father Michael gave Michelle a ride to the airport just before she flew 15 hours to Qatar. She took a picture in the car with her dad and her dog.  Michael still looks like he could crank a shot put about a mile. She spoke at something called Aspire Academy with David Oliver (110 M hurdles). Prior to that, she placed second in women’s shot put at the Drake Relays in Portland. Ryder, her little white dog, travels with her any time she can drive to an event. Ryder actually seems quite aggressive based on the pictures from her social media.

Since Michelle Carter’s father was a big-time football player, Michelle knows guys like Eric Dickerson very well. Michael and Eric were college roommates.   Michelle will put up a great fight in the Olympics this year.  We’ll see if the other countries like Australia and Belarus can compete genetic lineage.  A couple Olympic prognosticators have Michelle pegged for a silver.  Imagine that Michael will be there trying to give the final nudge to hop to the top of the podium. 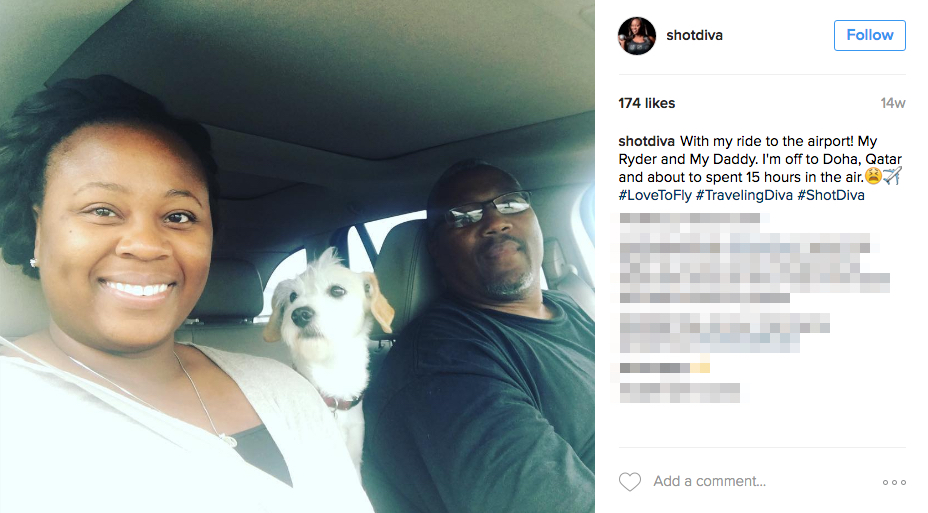