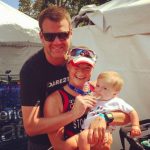 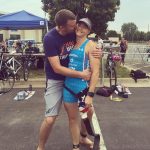 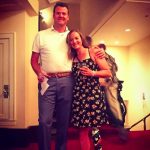 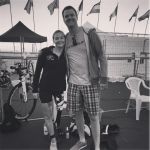 Melissa Stockwell’s husband Brian recently took her on a refined date to the Chicago Symphony Orchestra in late June. I don’t know how that strikes you, guys, but I love the orchestra. These are Chicago people. They’ve customized their apartment patio into a kind of astroturfed backyard. I’ve never seen someone do that before, but I dig it. It’s a nice place to go with their son Dallas. Dallas is almost two years old and looks a little like a cartoon (in a good way). Dallas loves to play with Melissa’s service dog, Jake, but Jake isn’t always down for it. Melissa said they might’ve been turning a corner after Jake played with Dallas for a solid thirty seconds.

This is the kind of inside reporting you get from Melissa’s social media. She shares details about her daily life. Melissa Stockwell’s husband Brian got to read a cool article about her 36 year-old wife in Self Magazine recently. It was called “Why I Race,” and it featured a great photo of her standing proud, wearing the USA Paralympic triathlete uniform. She has said that a mother’s road to the Olympics is “not easy.” Guys, she just gave birth to her kid 19 months ago. Can you imagine what a headache it must be to train for the Olympics and take care of a 2 year-old? “Not easy” is a giant understatement.

It should be noted that Melissa Stockwell lost her left leg after she was hit by an explosion in Baghdad, Iraq in 2004. Fifty-two days later, she was walking around with a prosthetic leg. She just decided that she’d improve her life after losing the leg and not let it get her down. That’s why Melissa Stockwell’s husband Brian is a lucky fellow. Now Melissa gets ad support from the likes of Budweiser and BP. Endorsements can always be tricky when dealing with a traumatic loss to sell another product, but it still helps Melissa do her thing so everyone wins. All I know is Melissa is a true champion with a great relationship. I’m rooting for her this year. 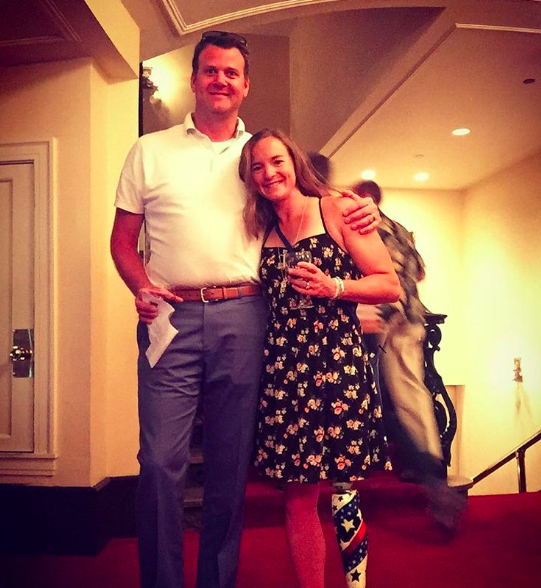