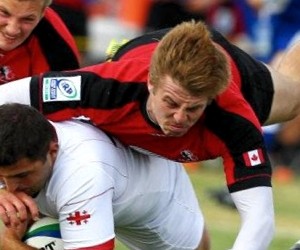 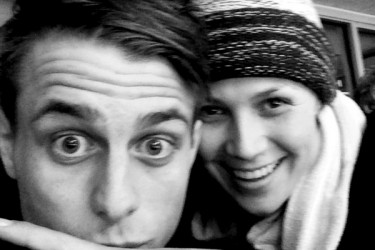 When 22 year old Megan Bozak was growing up in Illinois, she was better at sports than all the boys in her neighborhood, and a lot of guys didn’t like that. But, apparently her athletic talents don’t upset the boys anymore; and Megan Bozek’s boyfriend Andrew Ferguson clearly doesn’t have problem one with the talented Olympic women’s hockey team defender either. Andrew Ferguson, after all, is one tough dude.

As rugby captain for McMaster University’s Marauders, Anderw Ferguson earned himself the conference’s most valuable player award this year. After a season in which he led the Marauders to a fourth-placed finish, Andrew Ferguson scored a team-high 38 points in the regular season, with one try, nine converts and five penalty goals in just five games played. This will mark Ferguson’s fourth appearance in the OUA all-star team. Andrew’s been winning ruby awards since he arrived at McMaster University. Now in his fourth year, Andrew Ferguson won the Outstanding Rookie Award, presented to one male and one female student-athlete in their first year of post-secondary eligibility who demonstrated outstanding athletic performance as a varsity team member.

But as busy as Megan Bozek and Andrew Ferguson are and as tough as they are, they wear their heart on their sleeves when it comes to each other. On January 17th, Andrew Ferguson tweeted, “Had the best day doing hoodrat things with the best person @meganebozek.” And Megan Bozak clearly misses her boyfriend now that she’s in Sochi. On February 5th Megan Bozak tweeted, “@a_ferguson9 missing you lots!!’ To which the loving Andrew Ferguson replied, “@meganebozek hey! Miss you more.” 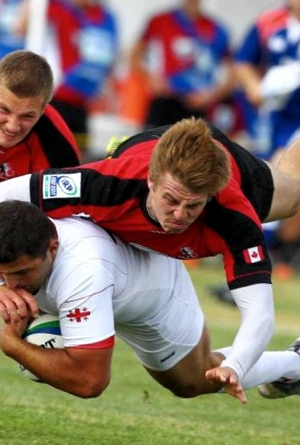