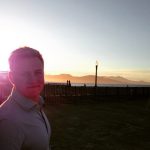 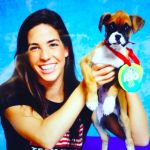 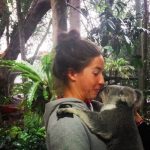 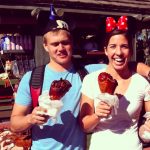 Maya DiRado’s husband Rob Andrews stated that she’s done everything possible to achieve her dream and that now it was just a matter of execution. That was two weeks before the Olympic trials for swimming. Guess what? She is going to the Olympics. This woman is amazing. There’s a lot of things about her that normal people, myself included, just can’t measure up to. For instance, she skipped a grade in elementary school and entered high school at age 13. She got a perfect SAT math score at age 15! She entered Stanford at 17 years of age. She now works for McKinsey (a brainiac consulting firm) at age 23.

So she’s got a pretty accomplished life, but then on top of that she’s an Olympic swimmer? Maya DiRado’s husband Rob is incredibly proud of her. Rob and Maya traveled to Australia a few years ago and went to something called a koala sanctuary. I’ve included a picture of Maya chilling with one of the koalas. It was only a year ago that the couple were married. Maya is a real winner. I like her sense of humor a lot, and she’s always got a snappy joke ready. On her social media, she included some unflattering pictures of herself from childhood and dubbed it “the ultimate comeback story.” She wore a sweater vest in the photo, guys.

When she’s not training, Maya likes to hit the beach in her BMW. I kind of can’t get over the image of Maya telling her boss at McKinsey she’s got to take a bunch of time off so she can compete in the Olympics. Like, that is the most overachiever thing I’ve ever heard. I’m not entirely sure she’s not the female robot from “Ex Machina.” Maya DiRado’s husband is content to take her to Disney World and buy her roasted turkey legs. That’s one of the things they did a few years back. It makes for an odd picture, as they’re both aware. They’ve also visited Yosemite National Park, and she mountain-biked through it, apparently. At the end of the day, though, Maya can flat out swim. She’s got time to be a wunderkind, but she’s also just a fast swimmer. Welcome to Rio! 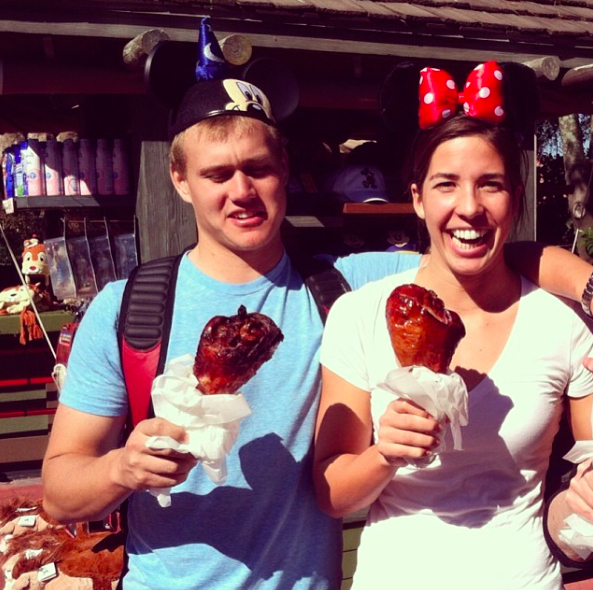