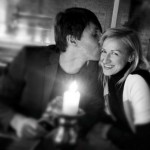 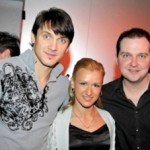 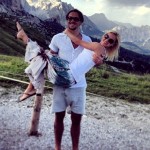 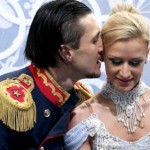 Russian skating partners Maxim Trankov and girlfriend Tatiana Volosozhar made history Wednesday, when they became the first figure skaters to win two golds from one Olympics. And they do not plan to end their partnership in Sochi. Apparently, the fiery relationship will continue on, and off, the ice. But Tatiana Volosozhar and her boyfriend Maxim Trankov are not likely to receive approval from their coach.

With partner Tatiana Volosozhar, Stanislav Motosov was a four-time (2005, 2007, 2008, 2010) Ukrainian national champion. They placed 12th at the 2006 Winter Olympics and 8th at the 2010 Winter Olympics, and as high as 4th place at Worlds and Europeans. But Stanislav Morosov retired from skating after the 2010 Olympics and Tatiana Volosozhar was looking for a new partner. So Stanislav Morosov apparently recommended a new partner, Maxim Trankov.

Maxim Trankov, who it seems had long admired Tatiana Volosozhar’s grace and poise from afar, decided to join forces with Tatiana Volosozhar, and the couple began training together in May 2010. They were crowned Russian champions by the end of that year, and became known for their wonderful chemistry.

For years fans have wanted to know if Tatiana Volosozhar and Maxim Trankov are dating. It wasn’t until recently that a Russian documentary on the skating partners confirmed it – even Maxim’s mom is quoted as saying how happy she is about it. The fans couldn’t be happier! The only questions left to be answered are: for how long will Stanislav Morosov be seen looking somber rink-side, and who will be his next girlfriend? 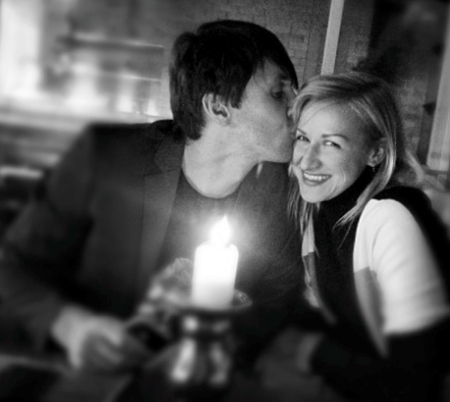