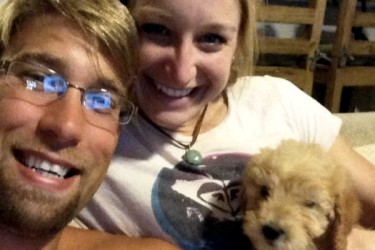 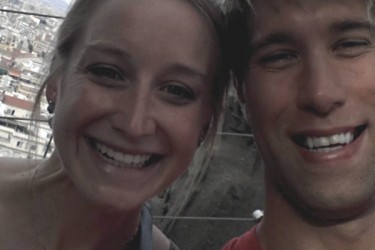 Matt Grevers and wife Annie Chandler were married on April 6, 2013 in San Antonio, TX. While I’m sure that the wedding was awesome, the events leading up to the wedding were pretty cool too. I think Matt found one of the most unique ways to separate himself from Michael Phelps and get a little bit of that publicity that Phelps always hogs.

During the Missouri Grand Prix meet in February of 2012 Matt decided he was going to propose to his girlfriend Annie Chandler. Those in the swimming community might recognize Annie as she was an 18-time NCAA All-American at Arizona. Originally Matt wanted to propose around Christmas time but he was missing one key element for the proposal: Annie’s father’s permission. At first Tom (Annie’s father and a former NFL player) didn’t feel he knew enough about Matt to give his blessing, but when Matt and Annie went to visit her family Matt talked to Tom and finally got his blessing. Now it was time to figure out how to propose.

At first Matt wasn’t keen on proposing at a meet but the idea grew on him. After getting permission from the swim meet directors, Matt decided on popping the question, but only if he won an event. When Matt took home the gold in the 100-meter backstroke it was time to do the deed. With some help from family and friends Annie was led up to the podium where Matt dropped to one knee and proposed. Now keep in mind Annie had a race coming up so she quickly took the ring off and swam her race, finishing 19th. 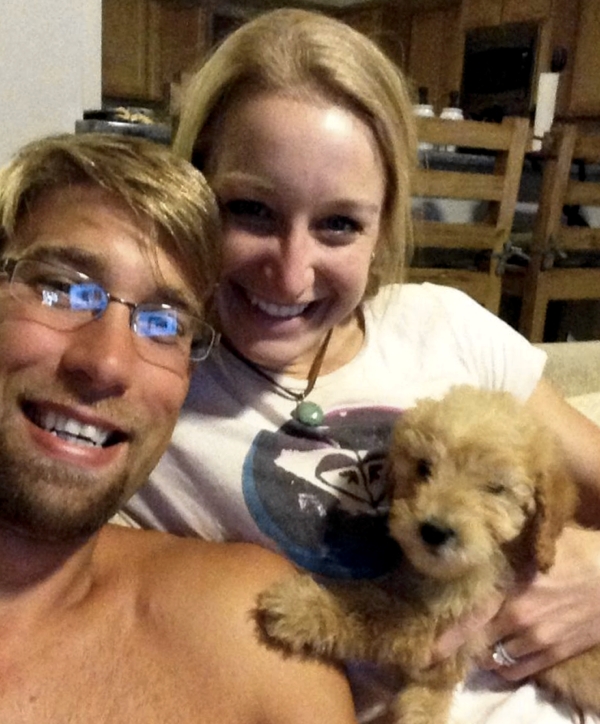