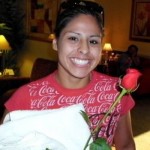 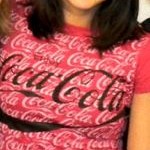 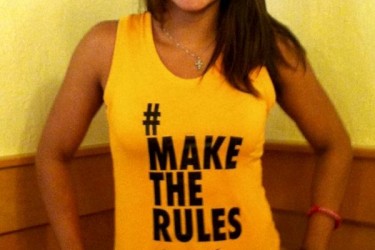 Marlen Esparza is tough. I’m talking beyond just the fact that she’s a female boxer. Here’s a good example. After getting sent to a disciplinary program at school for talkig back to her teachers too much, she found herself at Houston’s Elite Boxing Gym where she asked the head coach if he would train her. He refused for the first few days, but Marlen continued to stick around and pester him until he agreed. Sounds typical of a rags to riches story, right? Sure, except for the fact that she was ELEVEN at the time.

Yup. An eleven year old girl gets thrown into a discplinary program at school for misbehaving and she answers that by convincing a coach to train her to box. In the twelve years since she first walked into that boxing gym, Marlen has a 97 percent winning record in over 70 fights and has been ranked #1 in her weight class for the last seven years. Marlen is a huge part of the reason that the IOC has, for the first time, allowed Women’s Boxing to be an event at the 2012 London Olympics. Now that’s tough.

Marlen Esparza’s toughness is exactly what makes the rest of this story almost hard to believe. In an interview with Vogue, Marlen made several shocking confessions about her social life and future ambitions. First, Marlen doesn’t have much of a social life. Actually, she literally doesn’t have one. She isn’t even on Facebook:

I don’t date. I haven’t gone out in a long time. It’s just depressing. Thank God I don’t have Facebook, because if I did, I’d be jealous of everybody. I don’t want to know what I’m missing.

Though a beautiful girl during high school, Marlen only had one boyfriend – which never had a chance of working because of her first love, boxing. While she attended her her senior prom, she was stuck to a strict 10:00 PM curfew. Despite all of this and the fact that Marlen Esparza doesn’t even have a boyfriend – she remains borderline obsessed with being married some day. Don’t believe us? Take her word for it then.

I’ve thought about [getting married] a hundred times. I even buy bridal magazines sometimes. I want David Tutera to do my wedding. I’m obsessed with getting married, but I don’t even have a boyfriend.

Doesn’t sound like the words of one of the most dominant female boxers in history, does it? As of now, Marlen Esparza doesn’t even have a boyfriend – but she is sure looking forward to that wedding.

After turning her life around after that discplinary program, Marlen graduated high school as class president with a 4.6 GPA. She was accepted at Rice University and the University of Texas but put college plans on hold while she pursued boxing. She plans to call it quits on that career after the Olympics and attend medical school to be, get this, an anesthesiologist. Perhaps those skills will be useful to some of her opponents on her way to her Gold Medal goal. 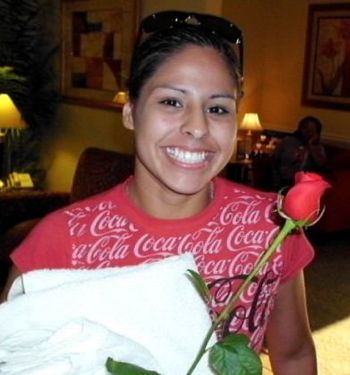