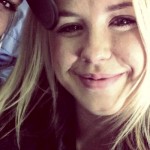 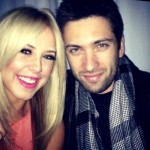 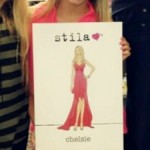 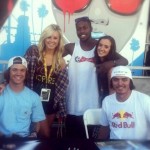 You may remember Louie Vito, pro snowboarder and US Olympian, from his 2009 appearance on Dancing with the Stars. At that time the rumor mill was running wild and every gossip blog and magazine couldn’t resist speculating about the relationship with his sexy dance partner Chelsie Hightower.

Chelsie and Louie had a lot of chemistry on stage, Vito even managed to steal an on camera kiss during their performance of the Jitter Bug. While the show was filming the couple denied their involvement off-screen, but after facing elimination they were spotted together on a few occasions. Despite the sightings and photos in the tabloids, Vito and Hightower continued to deny a relationship and the interest in the couple soon fizzled.

Well its five years later and Vito’s upcoming Olympic appearance has us wondering…is Louie Vito’s girlfriend Chelsie Hightower after all? Sorry DWTS lovers but it looks like the answer is most likely no. However, in 2012 Chelsie did tweet a picture of the duo hanging out at the X-Games in LA, but it was far from scandalous. I suppose it is safe to say that these two have maintained a friendship since the end of their sultry dancing days but not much more. In fact Vito seems pretty much 100% focused on snowboarding and when asked about his love life in a 2013 Q & A for Inked magazine he responded.

“My dating life has been pretty relaxed. I travel so much that when I did have girlfriends, [they knew] that snowboarding is number one. When I was younger, the chance of me marrying [a particular] girl was pretty slim, and snowboarding was what was paying the bills. It’s getting me to where I want to go. I just want them to know I’m not going to skip a snowboard contest to hang out. I’m not going to go skip something that’s important because you want to go on vacation.”

Hopefully all the time and effort Vito has been spending on his board and away from the ladies will pay off in Sochi!