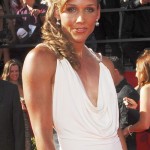 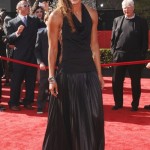 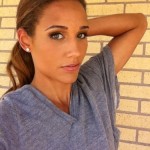 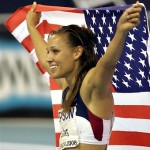 Lolo Jones’ boyfriend Tim Tebow, could that possibly be true?
It’s a seemingly very simple question, with a very simple answer:
NO

Tim Tebow may be the most famous proud virgin in the world. He’s made no secret of his religious obligations which prevent him from engaging in intercourse before he’s married. Now while he’s been linked to a various models, Hollywood starlets, or athletes in the past few years, it’s fairly evident that Tim Tebow doesn’t have a girlfriend, and marriage is not in his immediate plans.

Lolo Jones is also without a boyfriend and also a famous and proud self admitted virgin. In a profile on Jones on HBO’s Real Sports, she discussed her personal choice to keep her virginity until marriage.

“It’s just something, a gift that I want to give to my husband. But please, understand, this journey has been hard. If there’s virgins out there, I’m going to let them know, the hardest thing I’ve ever done in my life; harder than training for the Olympics, harder than graduating from college, has been to stay a virgin before marriage.”

OK, so while the two are linked by their own personal convictions and admittedly impressive self control, there’s still no reason they should be connected in the press, right?
Enter Tebow’s Jets teammates. During spring OTA’s, Tim Tebow entered his new locker room only to be serenaded by a raucous chant of “LOLO, LOLO, LOLO,” which was widely reported by Jets beat writers after the incident. Tebow took it in stride (as he seemingly takes everything in stride), and there were no further incidents. Our sports blogging hero’s at Deadspin picked up the story which caused their readers to attempt playing matchmaker by suggesting she take her dating chances to Tim Tebow.
Jones has been rather public in her difficulties finding a boyfriend, so this may have been a good opportunity for her. Rather than ignore the situation, Jones took to Twitter to let us all know,… this ain’t happening:

Ask Tebow if he wants a glass of milk. If he says yes, ask him if he prefers chocolate. if he says no, then no more Tebow date suggestions

You can see more of Lolo Jones in London this summer as she represents Team USA in various track & field events. 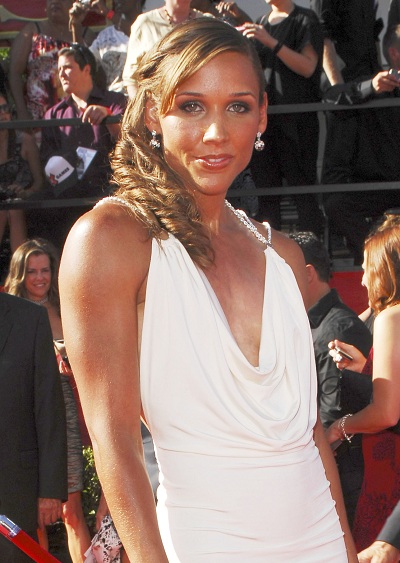