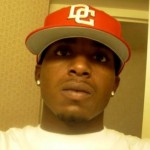 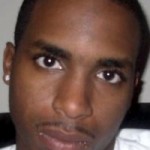 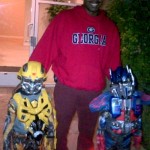 For Olympic Hurdler Lashinda Demus, running track is a family affair. Her mother, Yolanda Demus (herself an NCAA champion at Cal State in the 400m hurdle), has been her coach since 2009. Lashinda Demus’ husband Jamel Mayrant is her agent. And if you watched the 400m hurdle semi-finals the other night, you certainly know about her twins. With apologies to the other PlayerWives writers who are surely going to give it to me for saying this, Yolanda Demus has just about the cutest twin boys you’ve ever seen. NBC played some video of the boys during her race. Seriously, just watch the video of two of them yell “Go Mommy!” over and over, and tell me you aren’t won over?

In 2006, Lashinda was number 1 in the world for the women’s 400-meter hurdles, putting her in great position for the 2008 Olympics, right? Until, in 2007, she found out that she was pregnant with twin boys. Lashinda named the twins Duaine and Dohntay, after her deceased brother and her father. After battling a bout of depression after having the twins, Lashinda fought back into shape and headed to the Olympic Trials for a spot in the 2008 Olympics. Demus ended up placing fourth in the Olympic Trials – missing out on a spot in the Olympics by 0.14 seconds. Rather than let this be the end of the story, Demus took the next four years to train and now stands a realistic shot at getting the Gold Medal at the 2012 London Olympics.

Jamel Mayrant attended Arizona State University and was a Recreation Specialist at the Department of Juvenile Justice before becoming Lashinda’s agent. Jamel started a firm called True Sport Management that provides “elite athletes with foundation to expand brand and business”. 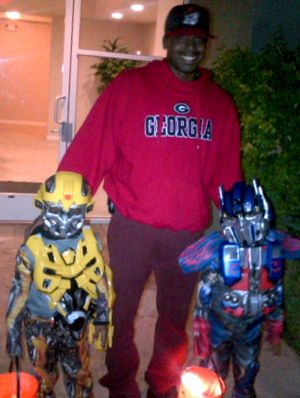