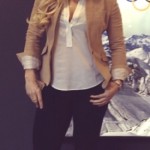 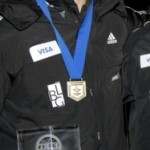 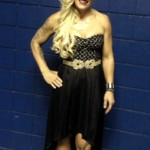 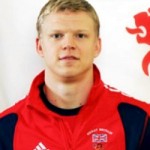 Kaillie Humphries and her husband Dan Humphries are another match made in winter sport heaven. Both Kaillie and Dan are Canadian bobsledders who have a lot to brag about. In 2010, Kaillie and her 2-man teammate Heather Moyes made Olympic history when they clinched the first ever bobsledding gold medal for our neighbors to the north. During those Vancouver games they set the start record twice and the Whistler Sliding Centre track record three times. This was a huge accomplishment for Kaillie, who had spent the last four years training as hard as she possibly could to overcome her status as an alternate in 2006.

Dan Humphries is no stranger to Olympic competition himself. As a member of the Royal Airforce, Dan competed for Great Britain at the 2006 games in Turino. Humphries didn’t medal there, but he continued to train and compete.

Dan and Kaillie met when according to Kaillie their teams were training on the same track in Calgary, where she was born and raised. She was initially attracted by his good looks and accent, and never looked back. In 2007 the couple was married and Dan gave up his British citizenship to become a maple leaf. In the season following the Turino Olympics Dan competed for the Canadian national bobsled team, and in 2009 he won the Wolrd Cup four man event in Park City Utah. Currently Dan is retired, but he spends his free time traveling and supporting his wife as she competes on the FIBT circuit. In an interview on NBC Kaillie revealed what it is like being married to “a fellow bobsled athlete”:

It’s got its ups and it’s definitely got its downs, too. You trade off. I’ve got my number one support fan with me on tour so that’s really nice. On days you need a hug or you a cuddle or you just need time with that person, I’ve got them there. But on the negative side, you’ve got them with you all the time and anybody that’s ever worked with a loved one, it’s hard and it’s got its challenges… He’s the first person that gets dumped on if I had a bad day, a stressful day. And he’s the first person that kind of gets the backlash if I’m really mad at somebody or just general stuff. So it goes both ways, but I wouldn’t trade it for anything.

The Humphries currently reside in Calgary, Canada and you can catch Kaillie at it again in Sochi when women’s bobsledding competition begins on February 18th.