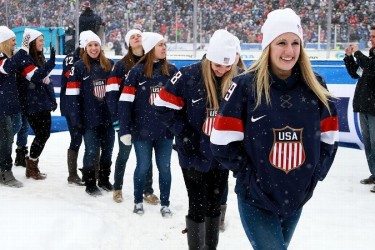 Camaraderie is a critical element for the success of a team.  We saw it in October with a bearded group of brothers in Boston, and again this February in Seattle with a devastating Seahakws D with total, unwavering trust in one another.  While talent, studying, coaching, and luck will all play in to the success of a team, it’s rare to find a winning team that doesn’t first and foremost trust one another.

Take the Julie Chu and the US Women’s hockey team for example.  Along with the neighbors to the North, the Americans and Canadians represent the prohibitive favorite to meet up for the gold in Sochi.  The United States squad has been playing together for months, and bonds and friendships off the ice have clearly developed.  Being single certainly isn’t a prerequisite to being added to the active roster, as Jocelyne Lamoureux, Monique Lamoureux, and Brianne McLaughlin-Bitt are all well spoken for. While people are naturally interested about any boyfriends or husbands that the girls may have (and there have been lesbian whispers floating around the web), the overwhelming majority of the team has only one intense relationship – with a 200 foot sheet of ice.

So it raises the question: do teams with single members bond better than others?  The Red Sox certainly had their fair share of married players, and the Seahawks seemed to be littered with girlfriends, but few marriages.  You can look across the spectrum of team sports and find a mixed bag of results on the topic.  This hockey team has been together for the last few weeks, so it’s worth asking whether a heavily single roster bonded better hanging out with each other after practice opposed to going their own way and back to their own husbands and families.

Whenever there’s a big event, we try our best to cover anyone you may want to find out more about.  Unfortunately this time, you won’t be seeing posts from us about Julie Chu’s boyfriend, or Meghan Duggan’s husband, or anything about Brianna Decker, Hilary Knight or Gigi Marvin.  When the women’s team takes the medal stand, you’ll see 25 women taking the stand with their teammates, and best friends. 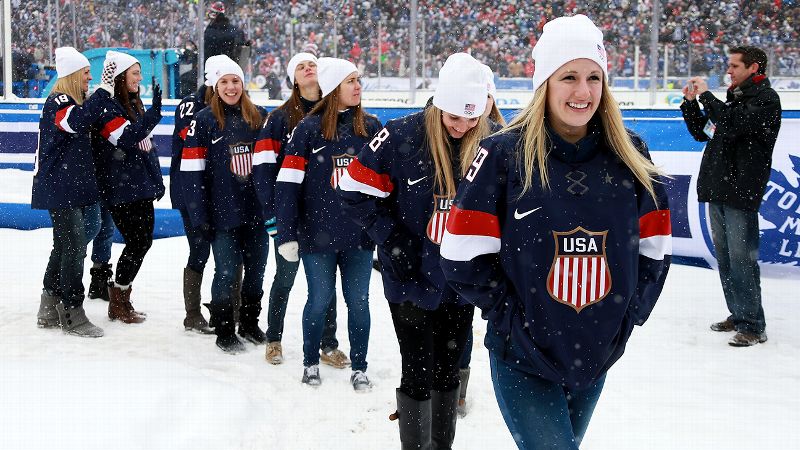