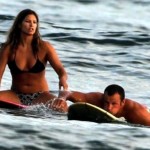 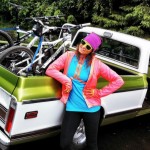 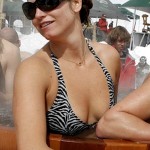 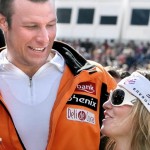 Julia Mancuso is known as the badass of the USA Women’s ski team. She is wild, adventurous, and a bit eccentric…in a good way! With her exhilarating personality and unmatched prowess on the slopes she is indisputably the full package; leaving many wondering who could possibly be cool enough to tie her down? The answer: Julia Mancuso’s boyfriend Aksel Lund Svindal. That’s right, when Manucso is not busy skiing her way to a world championship, working on her lingerie line, or catching some sick waves in Maui, she is reportedly spending time with another Olympian!

Aksel Lund Svindal is a Norwegian born skier whose many downhill accolades match up quite nicely with Mancuso’s. Lets just say if they ever got married they would definitely need a bigger trophy case to house their collection of Olympic medals, world championship cups, and all the other awards they’ve been racking up since they were barely old enough to walk.

Aksel grew up in a quintessential ski family. His parents were both competitive skiers, which explains why he strapped on his first pair of skis at the age of three. As his love for skiing grew, along with his boot size, Aksel later attended a ski high school that launched him to the top of the Norwegian junior national ski team. At the age of 19 skiing became his full time job and since then, his quick moves and good looks have captured the attention of snow bunnies around the world. Today Aksel is skiing on the Norwegian national team and is sponsored by Redbull. His likeness can be found all over the Redbull website as well as on his own website which Julia admits to checking out almost everyday.

Julia has mentioned Aksel in interviews throughout the years and the couple has been caught on camera surfing, skiing, and dining together since 2010. While there is some speculation that the couple has separated it has not been confirmed by either party. Either way Julia and Aksel together are the ultimate Winter Olympic power couple and we look forward to seeing them both as Sochi kicks into gear in 2014. 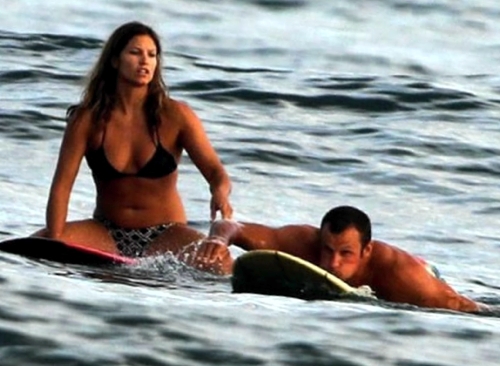