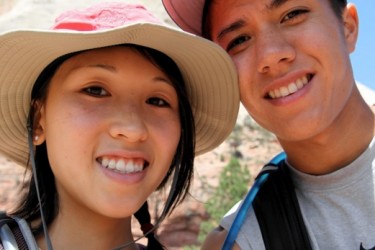 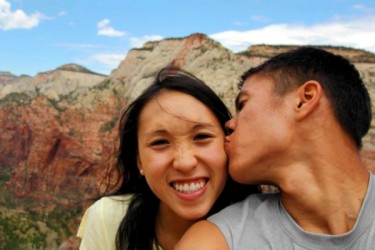 It seems to be a trend for many of this year’s Olympians to date athletes within their sports. US Olympic speed skater J.R Celski’s Girlfriend Andrea Do-Duc , for example, happens to be a former member of the Canadian Short Track team. Unfortunately we will not be seeing her battle it out with our US women’s team in Sochi, but without a doubt she will be there in spirit rooting for the loveable J.R Celski.

For those of you who don’t know of J.R yet, we can bet by the end of the Olympics you will. Not only is he a great skater with gold medal potential, but his adorable face, coupled with a rockin’ bod, and endearing personality in the social mediasphere has propelled him to boy-band status with the young ladies.

Andrea is from Montreal and she has been competing internationally since 2006. Her father was a massage therapist for the Canadian Short Track Olympic team in 1998’s Nagano Olympics, which most likely explains how Andrea got into speed skating in the first place. Throughout her career Andrea placed in two junior national championship races and has made several world cup appearances. Unlike her counterpart, Andrea’s Olympic dreams never quite panned out, but her competition highlights are impressive.

The details of J.R’s relationship with Andrea have not been made public. We can speculate though that the couple through traveling in the same speed skating competition circles. In addition, there are several pictures of the couple, including both of their Facebook profile pics, along with posts and tweets that confirm they are indeed an item.

While J.R settles into the Olympic Village and prepares to take his place on the world’s stage, we may see more from Andre, although it may be difficult to distinguish her from the other screaming teeny-boppers who can’t get enough of J.R! 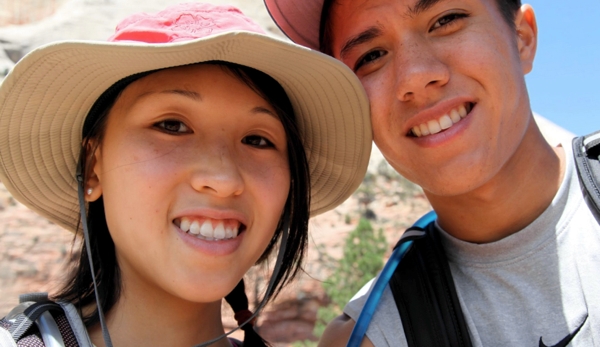