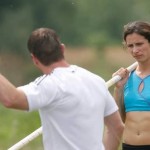 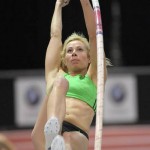 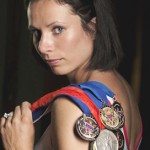 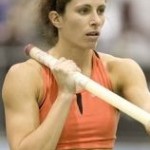 Jenn Suhr’s husband Rick Suhr is her trainer as well as her husband. They were married in 2010, but Rick wanted to train her way back in 2004 after he saw her playing basketball. As you might imagine, she was really good at basketball. Rick was just watching her play a pickup game and felt that she was so athletic that the switch to pole vaulting might work out. Rick was very right! Jenn’s rise to the top of pole-vaulting is legendary. After only ten months, Jenn entered the 2005 USA Indoor Championships unseeded and quickly made everyone take notice of her when she cleared 4.35M and got out of a tie for third.

This couple is a training machine. Their regularity and consistency in training is well-documented. They live and train in a town called Riga, New York just outside of Rochester. Jenn Suhr’s husband lost his mother and father in a stretch of 3 months in 2014. She wrote a post about it on her social media and called it a “harsh winter.” She said his mom “lived through a hard life,” and she taught Jenn that you don’t need to have much to be successful and fight for your dreams.

Recently, Jenn and Rick have taken on a protege in their training regimen. This young girl’s name is Erica Ellis. Jenn says she’s very mature for a fourteen year-old. She’s said that working with the young girl has brought life back into the daily grind of training.

At this level, women’s pole vaulting is very stratified. From what I can see, there’s really only a couple women in the world that can challenge Jenn. One of them won’t be competing because of the Olympic Federation’s ban on Russian athletes’ doping. Her name is Yelena Isinbayeva, and she is the world record holder for outdoor pole vault. Yelena is monstrously talented.

Jenn has spoken out about the ban on Russian athletes being “guilty until proven innocent,” and I tend to agree with her. I have no idea if she dopes or not. The other threat to Jenn’s dominance is a Cuban named Yarisley Silva. She’s only 5’3″ (whereas Jenn is 6’0″) but she is ridiculously talented. Brazil and Greece also have strong competitors, but I am banking on Jenn to take them all out. Jenn Suhr’s husband and coach Rick sure as hell is too! 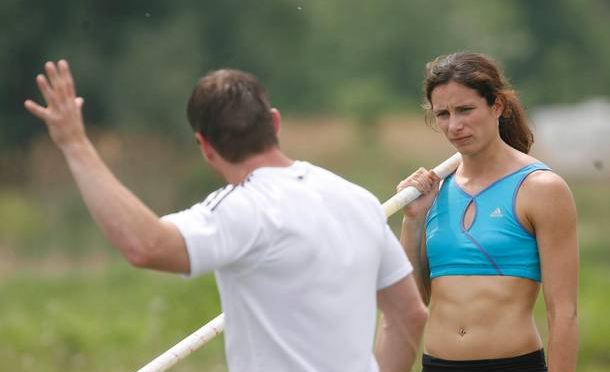