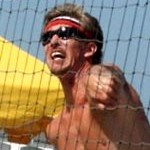 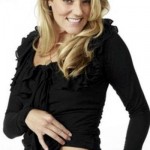 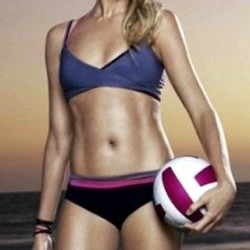 Is this the year that Jen Kessy and her beach volleyball partner April Ross get over the hump and get past Misty May-Treanor and Kerri Walsh Jennings? For years Misty and Kerri have owned the beach and been the most popular and successful duo on the women’s side. In London that could change and if it does, look for Jen Kessy to become a media darling.

It’s been a long road for Jen, who started playing the game in high school in Orange County, California. After graduating from USC, Jen took to the beach to start her professional career. This is where Jen Kessy met her husband, former professional beach volleyball player Aaron Boss. In 2009 Jen and Aaron separated and the two are now divorced. While personally 2009 was a tough year personally, professionally Jen and April had an incredible year and kept rising in the volleyball rankings. Not only did Jen’s volleyball skills get her noticed but her looks are tailor-made for advertisers who want that perfect combination of ability and sex appeal. Before the London games CoverGirl signed Jen to be one of their models, obviously hoping to capitalize off her Olympic debut.

As for Jen Kessy’s boyfriend currently, we do know that she has one – but can’t figure out who it is. In some of her most recent interviews Jen mentions that her boyfriend travels with her when they go to various tournaments around the world. 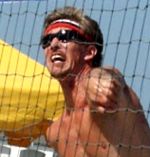