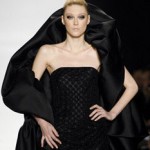 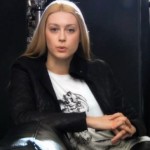 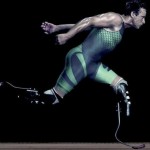 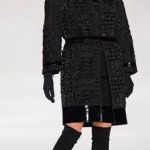 By now, the world has fallen in love with the inspirational South African sprinter, Oscar Pistorius, also known as Blade Runner. As ladies will soon be swooning over Pistorius, they may be heartbroken to find out that Pistorius has already been linked to a couple different women.

The last we knew, Oscar Pistorius’ girlfriend was Vicky Miles. Oscar and Vikcy Miles were involved in a long term relationship dating back to high school, despite a brief time spent apart. In 2008, the fastest man with no legs was once quick to acknowledge Vicky publicly, once saying in an interview with De Jongh Borchardt:

God, my family, my friends, my girlfriend [Vicky Miles] and fast cars make me happy. You can do as much as you wish, but it will always be more difficult if you don’t walk with God. Vicky and I have been together since school days. We did take a short break. She’s amazing and supports me without getting too involved in my athletics.

In that same interview, Pistorius later looks forward to life after sprinting and it then appeared that Vicky was lining up to be a major part of those plans:

By the time I’m 50, I hope to be married with a family, dog and white picket fence around my house. Owning a restaurant is a dream. I love food and working with people.

Now, unconfirmed reports began circulating early in 2012 that Pistorius and Miles had split. Without sounding like a total pessimist, this news wasn’t the least bit surprising. If our Olympic coverage has one common thread besides dating in your own sport, it’s that Gold, Silver and Bronze can often times be more alluring than love, as we’ve chronicled multiple Olympians who exit relationships leading up to the games in the name of focusing on the competition.

So here’s where things get interesting: The likely face of the 2012 Olympics, a face of determination, grit and an interminable resolve to prove to the world that his disability is not a disability at all, has now entered the gossipy side of his newfound celebrity. The New York Post has recently linked Russian supermodel Anastassia Khozissova as Oscar Pistorius’ girlfriend. On July 17, 2012, Page Six report cited their ever reliable “source,” who revealed the following:

Sources tell us Pistorius — the double-amputee who’s qualified to run the 400 meters at the London Games — and Khozissova, the beautiful top model who’s graced the catwalks for Chanel, Prada, Dolce & Gabbana, Giorgio Armani and Marc Jacobs, have been “dating for just over a month.” We hear that Oscar Pistorius and Anastassia Khozissova first met in New York. They were spotted recently holding hands while out and about in Chelsea, spies said.

There’s been nothing confirming the two, and Page Six calls to both representatives went without response. We’re going to be keeping a close eye on the games in the next few weeks and will keep you posted. 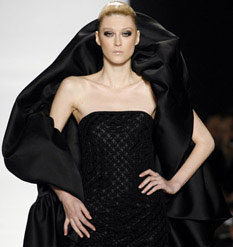