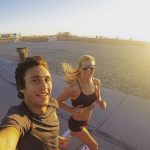 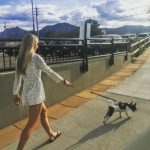 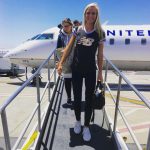 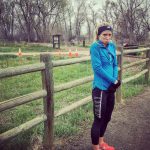 Emma Coburn’s boyfriend Joe Bosshard has a pretty dominating name. He’s a boss and he plays hard. Both he and Emma attended the University of Colorado and ran competitively. Joe himself was a four-time All-American. He mostly ran in the 800, 1500, 5K and 10K races. His personal best for the 5K is an astonishing 13:34. That’s pretty fast, folks. My personal best is 18:30, to put that in perspective. Of course, I was never a four-time All-American runner.

So now that we’ve talked about Emma Coburn’s boyfriend Joe Bosshard, let’s get back to the women of the hour– Emma! As far as her relationship with Joe goes, she’s said that it’s very reassuring and comforting to have someone that truly understands the work she does. As I’ve said before, having a significant other who engages in the same sport at a high level is just about the best thing a professional athlete could have. It gives them strength and understanding on a deep level. Whenever Emma runs, she watches a bunch of Law & Order episodes to zone out and get her mind blank. Then a few hours before the race, she turns it off and visualizes her plan of attack. I like this approach. It’s simple and makes sense to a layman.

Emma’s also self-aware and down to earth. Emma Coburn’s boyfriend would tell you this too. In a brief piece on her from Women’s Running, she says,

If I find myself reaching for the same pair of socks that I previously won a race in, I’ll purposely choose another pair.

See, that to me shows strength of mind. Not relying on nonsensical superstitions is a mark of someone who can take full responsibility for herself. She and she alone is in control of her fate, and no charms or superstitions have dominion over her. I guess superstition is common among middle distance runners, according to the magazine. A plague of obsessive-compulsive disorders upon ye! I’m actually a pretty avid runner myself. On good months, I’ll run 100 miles. I am really into Emma’s Instagram because of all the little tips and information regarding refueling and taking care of oneself. I recommend her social media to all runners. She and Joe are most definitely experts. 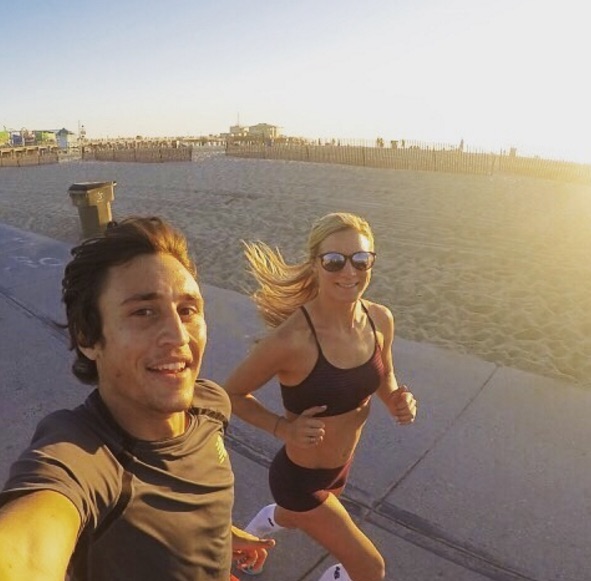