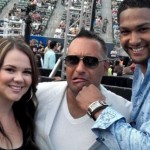 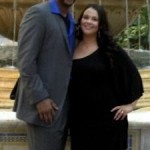 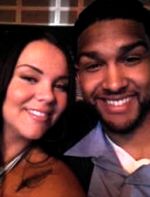 After four years spent as the quarterback at the University of Northern Colorado, Dominic went undrafted and wasn’t getting any free agent bites from the NFL. He had come to grips with the reality that his NFL dream was not going to happen and was preparing to move on to a career working with troubled youth – and then he got a phone call that changed his life. In 2008, Dominic attened a program called The Rock, which is intended to teach former college athletes how to box (and is funded by Micheal King, who made his fortune syndacting such shows as Wheel of Fortune and Jeopardy). At 6’7″ and 260 pounds with an athletic background, Dominic was an ideal candidate for the heavyweight weight class.

Dominic Breazeale’s wife Christina Breazeale didn’t like the idea of Dominic boxing at first and was very much against it. After Christina saw a few of his fights and realized that he dished it out a lot more than he took it, she eventually got on board with the idea. It’s a good thing to, as Dominic is the favorite in the heavyweight class for the USA and possibly the United States best chance at a boxing gold medal.
Dominic and Christina were married on May 12, 2007 and now live in Anaheim, CA with their two sons, four-year old Deangelo and a newborn named Devin. 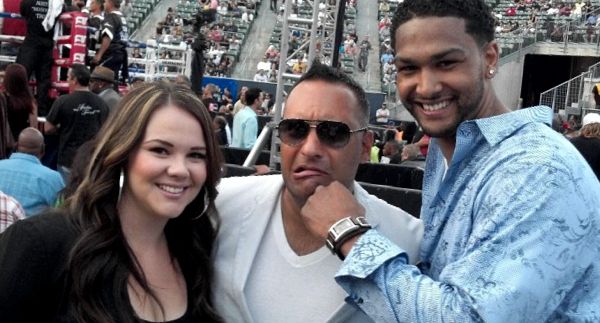