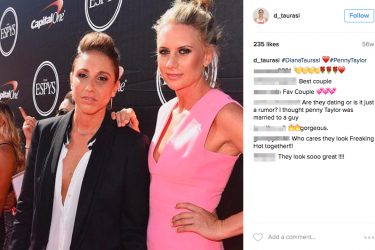 A short time ago, we pondered whether there was a chance that Diana Taurasi’s girlfriend could be teammate Seimone Augustus. It now seems more likely that Diana Taurasi’s girlfriend Penny Taylor could be the real girlfriend. We’re trying to figure out what the deal is here, folks! The most significant pieces of evidence are a few photographs of them at events outside the basketball court. It’s still just conjecture, but they would make a nice couple. They’re already on the same basketball team! This might violate some kind of team rules, but I say there’s no rules in the game of love!

The big photo that got everyone talking was Diana Taurasi’s girlfriend (in air quotes) accompanying her to the ESPY Awards. They did look pretty good together. Diana had a kind of David Bowie thing happening, wearing a suit with a sort of rock & roll vibe to it. Penny had her hair back with makeup and wore pink. She looked pretty and feminine. In the interest of full disclosure, Penny Taylor was married for a few years to a guy named Rodrigo Gil. Rodrigo is an Olympic volleyball player who plays for Brazil. After meeting in 2004, they married on December 29 of 2005. The marriage lasted three years before calling it quits.

Does Diana Taurasi’s girlfriend (in air quotes) marriage prove that she’s not dating Taurasi? Absolutely not.  But, it also isn’t being ignored.  More to the point: there still isn’t any hard evidence that Penny is really in a relationship with Diana. Try as we might, we can’t say for sure that these two are a real couple. They’ve been photographed hugging and looking fancy at events, but that’s about all there is in the way of facts here.  But, no, that really doesn’t prove anything. We just want to see Diana with a hot lady who can score points, alright?

So, is Diana Taurasi’s girlfriend Penny Taylor?  In conclusion, we don’t know. 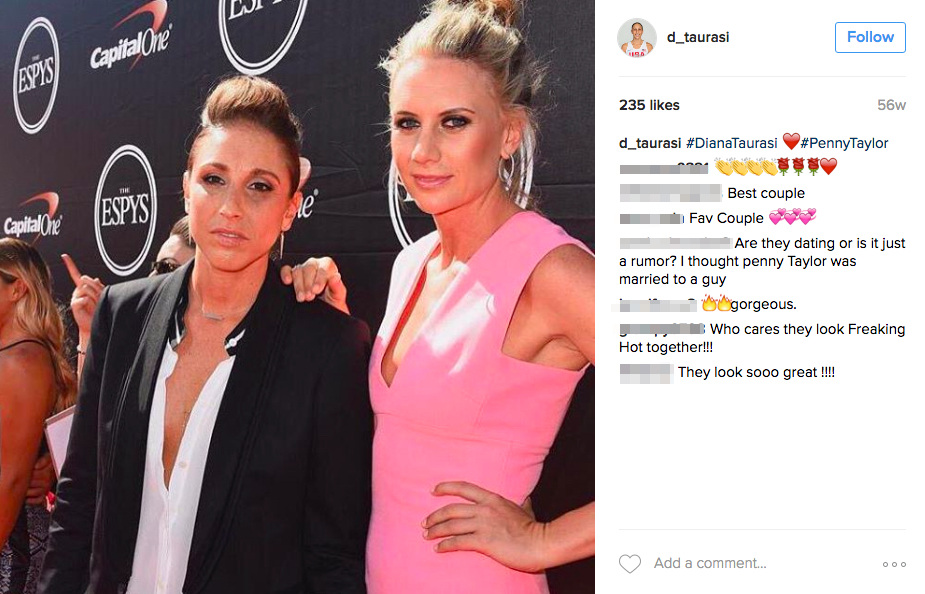