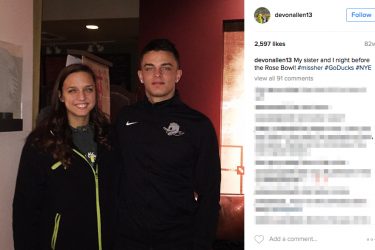 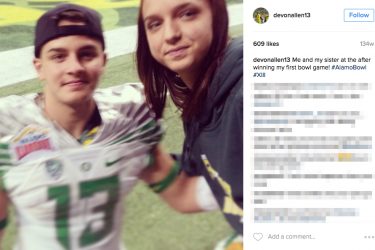 Devon Allen’s sister Carissa Allen is his twin and fellow athlete. Normally we’d be talking about Devon Allen’s girlfriend, but there doesn’t appear to be one. So here we are. Devon and Carissa live in the same city and have always lived together. She plays volleyball while he is a great football player and future Olympic hurdler. I watched an interview from YouTube about her growing up with Devon, and she didn’t really have much to say. If you’re looking for an orator, Carissa may not be the best pick. She is, however, a good athlete.

From what I can tell, Devon Allen’s sister Carissa is a fan of football and supports Oregon since Devon is on the team. They both went to the Rose Bowl in California in 2015. Devon was playing in that game and Carissa was there to support her brother. They hang out a lot since they grew up playing sports all the time. She was there after he won his first bowl game at the Alamo Bowl back in 2013. That was certainly a milestone for Devon. Carissa is 21 years old now. I believe she just graduated from Northwest Christian University in 2016. She’d been a hitter in volleyball throughout her career there. She also played basketball in high school and was bigger than Devon while they were growing up. She described herself as a “big” when she was a kid and has said she was good at defense.

Devon Allen’s sister will be in Rio to support her twin brother. Being a freakishly good athlete has its perks for the family. Carissa never made quite made it into Olympic-quality volleyball player but she’ll be enjoying Brazilian cuisine for the first time ever this summer. It doesn’t beat hanging out at diners in Oregon like they do when they get together with family, but a trip to Rio is something the whole family can enjoy and look back on years from now. When hanging with family, both Devon and Carissa also spend a lot of time in Tucson going on hikes. 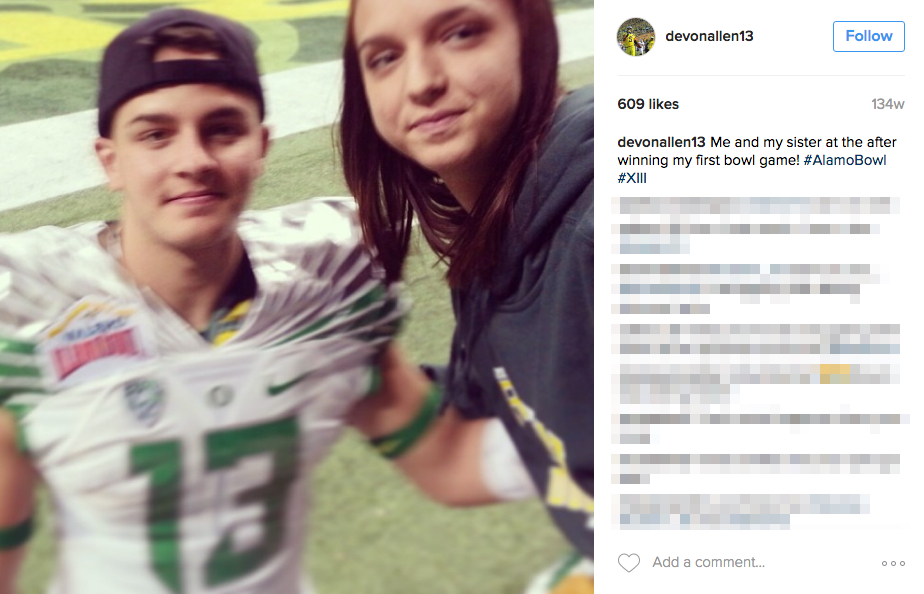