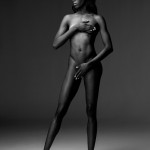 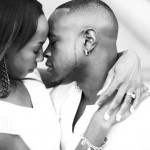 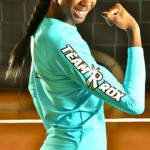 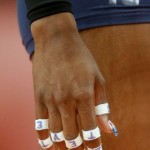 In the last few days, Destinee has more than advertised her new husband. The couple were married in a brief courtroom session on September 13. The couple married quickly as Destinee is off to Russia for a volleyball season, and they plan to have a full ceremony when they return to the states this spring.
As for her name: She’s keeping the hooker. She is now Destinee Hooker-Coulter.
Best of luck to the new couple.

Should we get the obvious jokes out of the way right away?
– There is no way Destinee Hooker is her real name right?
– What parent in their right mind would name their daughter Destinee Hooker?
– Do the odds of her becoming a stripper triple when you give a daughter a name like this?(I see you shaking your head in agreement R. Kelly!)

Well despite those long odds Destinee and assured lifetime of really bad jokes, she did not become a stripper per se (though she has posed naked before which I guess could count). in actuality, Destinee Hooker shunned the name odds and became one of the best volleyball players in the world. This is Destinee’s first Olympics but she almost made the 2008 team, in track and field, as prior to her domination on the volleyball circuit, she was an outstanding high jumper at the University of Texas. Honestly, the transition from high jumping to volleyball just makes sense on so many levels.

While at Texas Destinee dated and actually was engaged to Clifton Gay for a short time. Not sure what happened with that relationship but really how could someone named Destinee Hooker marry a man with the last name Gay (see, at least this is a less hacky name joke!!). That has to be the worst name combination of all time. Imagine if she took both names, Destinee Hooker-Gay,… or even worse, what if the names were reversed? Sorry, that just wasn’t happening.

Anyone watching the Olympics will notice that Destinee has words written on her hand and finger tape. One of the words scrawled across her knuckles is the name of her current fiance, Steven Coulter (and mom and dad are written on the opposite hand). Coulter, who is a personal trainer. just recently dropped to one knee, as the couple became engaged not too long ago, in March of 2012. This is exactly the type of story that NBC will eat up if the volleyball team makes a run for the gold. Destinee has the star power and personality the networks crave. 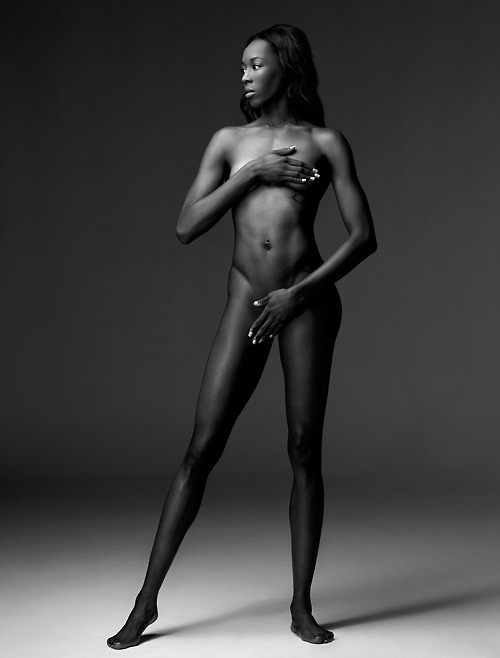