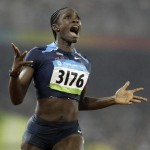 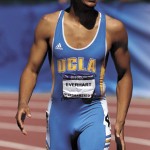 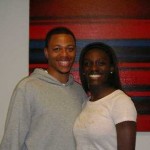 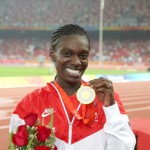 Is it possible to win an Olympic gold medal and still have no one know your name?

If we had a chance to pose that question to Dawn Harper I think she would respond with a resounding yes.

In 2008 Dawn took home the gold for Team USA in the 100 meter hurdles. This alone should have made Dawn a household name, however Dawn happened to be in the event with one Lolo Jones. See Lolo was leading the hurdles up until the 9th hurdle when she tripped and lost ground, allowing Dawn to jump ahead and take the gold. The story of the race became Lolo and her reaction to losing. While we at PlayerWives.com are big Lolo fans, Dawn has a back-story that will hopefully get more play during the London Olympics.

Dawn and her husband, former UCLA track star Craig Everhart struggled to make ends meet before the 2008 Olympics. The couple lived in a converted fraternity house on the UCLA campus to save money while they trained. Then, just 4 months before the games Dawn got hurt and needed surgery; frankly it was a miracle she was even able to qualify for the team, say nothing about going on to win gold. Despite the gold Dawn couldn’t keep the momentum going as another injury forced her to the sideline. Now finally healthy Dawn is looking for the “fame” that she missed out on in 2008. At the U.S. Trials Dawn won the 100 meter hurdles, again beating Lolo. The pair will duel again in London in what should be a marquee event this time around due to Lolo’s fame for her relationship choices. 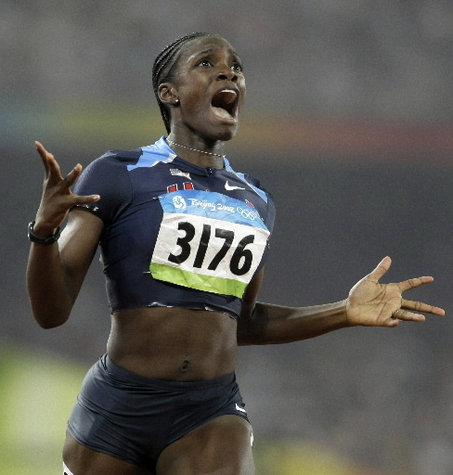