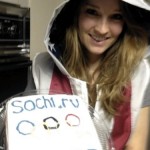 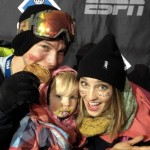 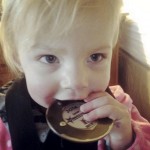 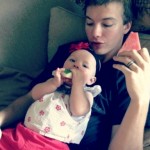 David Wise’s Wife Alexandra Wise is a big reason that his story stands out from others in his sport, largely thought of as a bunch of ski bums.

David Wise was only 20 years old when he married Alexandra, and now at the age of 23 is raising his daughter with her in the midst of international competition and a rigorous Olympic training schedule. This balance definitely sets him apart from most of his teammates and competitors, who are described so eloquently by John Branch of the New York Times as

… easygoing and athletic slackers, usually longhaired and clothed in flannel, like guitarists from a jam band enjoying a day in the snow.

David Wise doesn’t play to that stereotype, he is a hard working athlete and family man who loves his sport and wants to win. He does however believe there is much more to life than competition and his religion and family have a lot to do with that.

Alexandra and David, who are both currently youth pastors, grew up in Reno and met one summer at church camp. Like many camp relationships it was interrupted when they returned to their real lives. Three years later the couple was reintroduced at church and in February 2011, as an article in the New York Times describes

Wise took her to nearby Lake Tahoe for snowshoeing under a full moon and presented to her a poem he had written in glow-in-the-dark ink. He dropped to one knee and proposed. “Of course,’ she said.

A few days later the couple eloped at a local Reno chapel with five friends in attendance. After the ceremony they all ate dinner at Johnny Rockets and went bowling! Unfortunately David and Alexandra felt they had to hide their relationship from the skiing world because they thought it made David appear too different. Eventually, with the birth of his daughter he got over that assumption and believed his performances alone would carry him. Wise was right, he later took gold at the X-Games and launched himself to forefront of his sport.

If you are looking for someone to get behind at these Olympic Games, David Wise is a perfect candidate. You may also catch a glimpse Alexandra and Nayeli on the sidelines waving an American flag or jumping up and down in support of their loving husband and father! 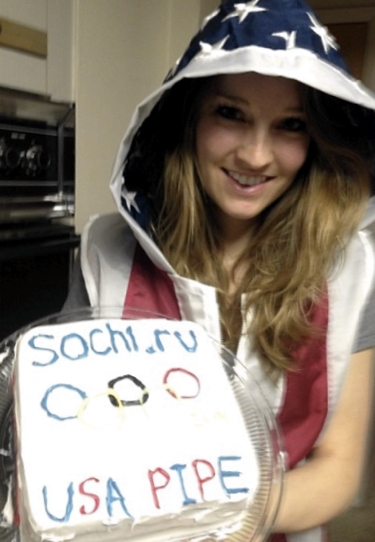