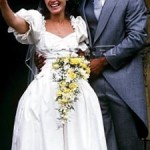 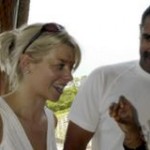 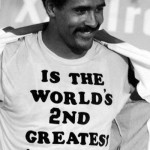 For our third and final post focusing on the people rumored to be lighting the flame at the 2012 London Olympics, we move on to Daley Thompson. Full disclosure, I don’t like Daley Thompson and I really hope that he isn’t chosen to light the 2012 Olympic Flame tonight in London. I didn’t know much about Daley Thompson before we began researching the people who might potentially be asked to light the Olympic Flame – but quite a bit of what I have learned hasn’t helped his case. More on that later, but for now, let’s learn about Daley Thompson’s ex-wife and girlfriend.

Not much is known about Daley Thompson’s girlfriend Lisa Clayton. Lisa is from Brigend and was Daley’s mistress while he was still married to his wife Tish. Daley and Lisa have two children together – the first of which prompted Daley to breakup with Lisa and stop talking to her for an extended period of time. Lisa lives with Daley in his mansion in Chiswick, West London. No word on how long until he randomly changes his mind about her again.

Daley Thompson married wife Tish Quinlan in 1987. During their marriage, Tish and Daley had three children together, Rachel, Austin and Elliott. The first of these children, Rachel, was born 12 weeks premature and weighed less than 2 pounds. She eventually pulled through, Daley referred to this experience as “brialliant”. During the Olympics, Daley was quoted as say that the decathlon was like having 10 girlfriends in the sense that, “you have to love them all, and you can’t afford losing one”. It’s a funny thing to say, since Daley had left Tricia at home. Noted competitor Jurgen Hingsen had brought along his wife and said that she “gives me strength”, making Daley look pretty bad.

Back to why I don’t like Daley Thompson. Here is a quick summary: 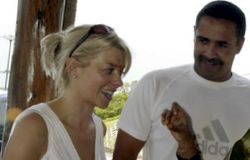