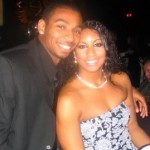 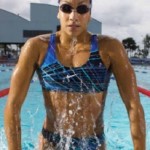 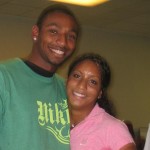 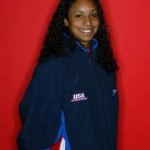 We’ve all see how popular Olympic swimmers can become after the games; look no further than Michael Phelps and his rise to fame after the Beijing Olympics. Cullen Jones might be the guy who takes a big leap after the London Olympics.

Already owning Olympic gold in the 4×100 meter freestyle ( along with Michael Phelps) Cullen is setting his sights on individual gold in London having qualified in both the 50-meter and 100-meter freestyle. Cullen has often been forced to contend with being the only African-American in the pool, and while we don’t like to dwell on things like this, his race does play into the story. He’s only the third African-American to make the Olympic team and the second to set a world record.

Another African-American to make the U.S. Olympic Team is Maritza Correia, who also happens to be Cullen’s ex-girlfriend. There are not a lot of the details on the couple but we do know Cullen and Maritza dated in and around the 2008 Olympics. Maritza has moved on and is currently married while it does not appear Cullen has a girlfriend now… though we all know that could of course change quickly with a gold medal in London.

One of Cullen’s side projects is his involvement in USA Swimming’s Make a Splash program. The program goal is to focus on water safety for children and minorities. Anyone that turns on the news during the summer hears the horror stories about children drowning in a pool. With the Make a Splash program Cullen and other U.S. swimmers teach water safety to young kids to prevent incidents like this. Cullen currently serves as the program’s spokeman. 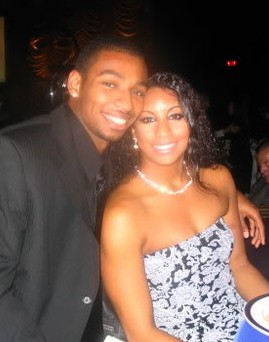