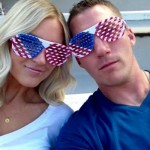 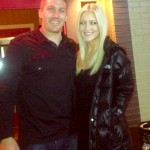 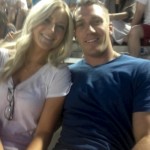 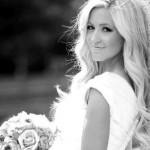 Chris Fogt’s wife Rachel Fogt has a lot to look forward to in the next few months. Not only will she be following her husband as he competes for the US Bobsled team in Sochi, but as soon as he returns the couple will find out if their bun in the oven is a boy or a girl!

One thing that makes the Olympics such a special event is that each athlete brings a unique spirit and story to the games. The Fogts are no exception. Chris Fogt is the ultimate American patriot. Not only does he represent his country athletically, but by day he is better known as Army Captain Fogt. That makes Rachel an Army wife, moving all over the country with her husband, and holding down the fort when he is stationed abroad.

Rachel and Chris met through mutual friends while studying at BYU. Chris was in the ROTC program and his military career took off from there. At first Rachel was worried about Chris’ military aspirations but she soon accepted it and followed him on his mission to serve. In 2007 Chris was introduced to the world of bobsledding after attending a camp in Lake Placid. His athletic ability showed immediately and he soon began training and competing internationally. In 2010 Chris was selected as a member of the US Olympic bobsled team to compete in Vancouver, where he did not medal. Over the past four years Chris has improved immensely and last December his team won the world cup, setting them up perfectly for an Olympic run in Sochi. Interestingly enough, Chris has not been able to participate in the traditional Olympic training schedule as he was serving a tour in Iraq. His fascinating story has caught the attention of the US Olympic committee and he was a finalist to carry the flag at the opening ceremonies.

Rachel will not be attending the games this time around but she has been skypeing with Chris and will be following him every step of the way. In an interview with the Idaho state Journal, Rachel admits to being a bit nervous about the recent terrorist attacks in Russia, but her experience as a military wife has helped “hardened her a little”.

When Chris returns from Sochi the Fogts will be relocating and anxiously awaiting the arrival of their first child. You can catch Chris racing for the gold on February 22nd and 23rd. 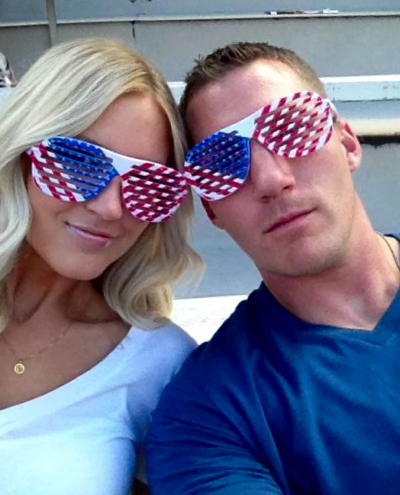