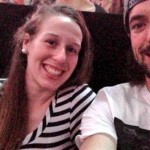 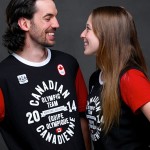 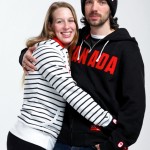 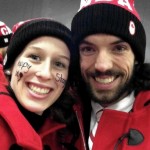 Ooops, she did it again. Just like Vancouver, Charles Hamelin’s girlfriend Marianne St-Gelais kissed her sweetheart smack on the lips at the track right after his gold medal win yesterday, and the press has gone wild with it.

It was the kiss of the 2010 Olympics, making Canadian short track skaters Charles Hamelin and Marianne St-Gelais famous world-over and capturing the heart of Canadians. Yesterday, after crossing the finish line in the men’s 1,500-metre race, Charles Hamlin draped himself in the Canadian flag for a victory lap, greeted his coaches, and then climbed atop the padded boards to kiss his girlfriend; Making the couple famous, yet again, for a kiss.

But because of the famous kisses, people may not know Marianne St-Gelais for the hard-earned success that should make her famous: two silver Olympic medals in 2010. Marianne St-Gelais, Canada’s strongest individual female short track skater, won two silver medals in the 500m and 3,000m events at the Vancouver 2010 Winter Olympics. In Sochi, she has a strong chance at reaching the podium in the relay event as well as the 500-metre race. And after dominating the 500m in 2011, with victories in all five of her World Cup appearances, she added the 1000m to her programme in preparation for Sochi.

Charles Hamelin, 29, and Marianne St-Gelais, 23, who met at the rink, have been together for almost seven years now. And apparently, their love has endured. As for that second famous kiss, Marianne St-Gelanis reported to theglobeandmail.com,

We know how it’s going to happen. If we can see each other, if we have eye contact, we’re done. We have to kiss each other; we have to hug each other. 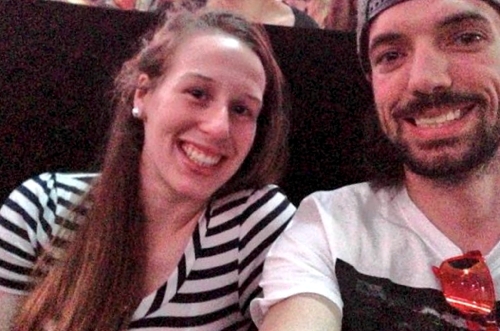