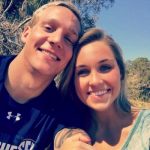 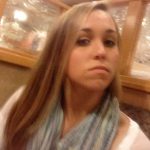 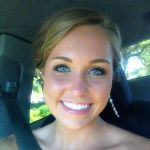 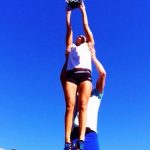 Caeleb Dressel’s girlfriend Meghan Haila recently referred to herself as a, “bundle of emotions”. She was already feeling this way and hadn’t even left the United States for Rio. Most Olympic wives, girlfriends, husbands and boyfriends can relate to this feeling. For the last several weeks, her Twitter feed has been almost non-stop posts about packing and feeling nervous!

I can hardly imagine how nerve racking it must be to try and support a significant other training for the Olympics. After all, there really isn’t much that you can do other than support them mentally. Maybe do the dishes more often too. Take out the garbage so they don’t have to – that kind of thing.

As is so common in sports, Caeleb Dressel’s girlfriend Meghan Haila is also a swimmer. It actually makes a lot of sense that swimmers end up dating each other. Never mind the physical proximity to each other, but the idea that they really do know what the other is going through is so important.

In an odd side note, it seems that Meghan has a cat with a bed peeing problem. Is this common with cats? Are there people nationwide suffering from random bouts of cats peeing in their beds? Is this something that you notice when you go to bed at night? Or when you wake up in the morning?

So someone from Germany mailed a letter to me at work asking for @caelebdressel to sign some stuff. This is all so unreal. 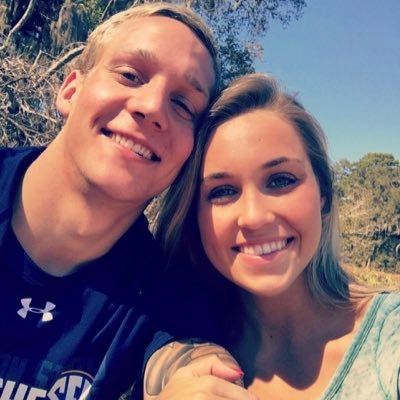