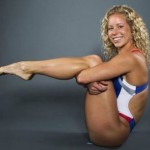 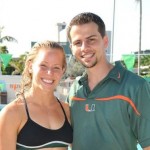 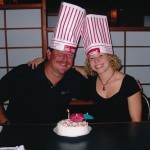 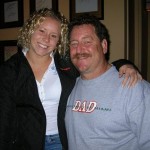 This is one of those posts that makes you realize that how old you are getting. As I was looking for athletes to cover for the Summer Olympics I stumbled across Brittany Viola. At first I said to myself, ‘there is no way she is who I think she might be.’ However, after some quick research I can confirm that Brittany is infact the daughter of former MLB baseball pitcher “Sweet Music” Frank Viola. Frank was always one of my favorite pitchers growing up, which could have been because of the nickname, or it could have been because of the incredible red mustache he rocked in the 80’s and early 90’s. Regardless, seeing that Frank has a daughter old enough to compete in the Olympics makes me realize how old I really am. (Also, Frank’s parenting is apparently not to be challenged, as in addition to an Olympian daughter, we learned earlier this month that his son, Frank Viola Jr. is apparently Justin Verlander’s best friend… Impressive offspring).

Back to Brittany. The 25 year old has a chance to medal in the London Olympics and despite being an extremely talented and accomplished gymnast, she eventually settled on diving, specifically platform diving. In 2004 she nearly qualified for the Olympic team while in high school and in 2008 she was named alternate for the team. Now 2012 is her time to shine as she qualified in the 10-meter platform event. The former University of Miami diver who grew up in Orlando is a deeply religious lady, in many of the interviews we read online she always seems to sneak in a bible quote or two.

This may very well explain her choice for a boyfriend, Anthony Gonzalez. There is not a lot of background information on the couple but Anthony is a a youth minister at University Baptist Church in Miami. Based on the logo from the shirt he has on in the picture we posted I wouldn’t be shocked if he went to the U as well. As for marriage, when asked in Flair Miami about what will come after the Olympics Brittany’s response was simple:

I want to get married! I want to marry Anthony Gonzalez! 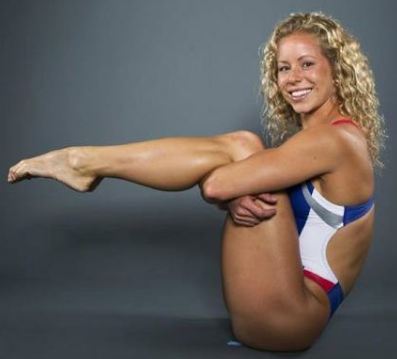