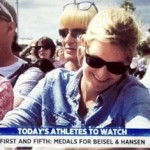 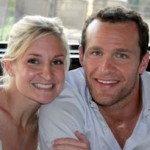 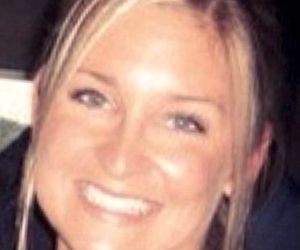 After he won a bronze medal for the USA in the 100-meter breaststroke last night, it’s high time that we cover Brendan Hansen’s wife Martha Hansen. Brendan Hansen met future wife Martha Guleke at the University of Texas where she was also a swimmer. While at the University of Texas, Brendan never lost a breakstroke race – and he didn’t lose the girl either. Brendan married Martha in 2010 and the couple is now expecting their first child, which Brendan announced via his Twitter feed right before the Olympics started. The couple has decided to wait to find out the sex of the child and will do so after his last race. Martha is a sixth-grade math teacher in Austin, where the couple makes their home together.

Brendan Hansen actually owes his wife Martha a debt of gratitude. You see, Brendan actually retired from competitive swimming after the 2008 Olympics. After enjoying retirement for over two years (doing such things as running a swimming camp and attempting triathlons), Martha asked Brendan if he was going to regret not returning to swimming once he was in his 40s and they had children. Brendan answered yes and Martha encouraged him to return. Less than two years later, Brendan already has a bronze medal to show for his efforts and will be swimming the breaststroke leg of the United States’ 400 medley relay later this week with a chance for another medal. 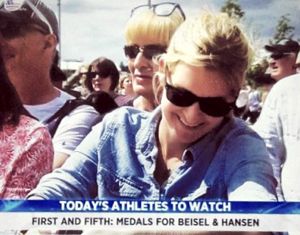