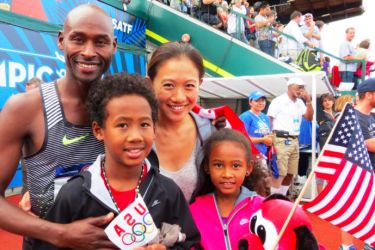 Bernard Lagat’s wife Gladys Lagat married him in 2004, and that was the year he competed for the second time in the Olympics. That was the Athens Olympics. Lagat took home a silver medal in the 1500 meter race. This guy is the king of getting gold medals in everything but the Olympics. It’s kind of frustrating to look at his long and illustrious career and see no gold coming from four different Olympics. This year will be his 5th time in the Olympics, which in itself is amazing. It’s very rare to compete in so many games as a runner. In fact, Bernard is the oldest US Olympic runner of all time. That is an incredible feat. Lagat took first place in the 5000 meter trials.

Bernard and Gladys have two kids named Miika and Gigi. Miika is their son and is ten years old. Gigi is their daughter and is seven years old. Lagat has lived here in the US since his early 20’s, so it made a lot of sense for him to switch his country representation. By doing so, it made him ineligible to make the team earlier for the World Championships in 2015. You can bet Bernard Lagat’s wife is extremely proud of him. Yes, there is always talk about juicing and illegal supplements and all that, but we’ve got to go off what we know. What we know is that Lagat is going to Rio! On June 20 he said, “No room for cheats in our sport. No matter who you are. Period!”

The couple lives in Tucson, Arizona. They shared a picture of the weather reading from one of their iPhones, and it was 115 degrees on June 19. Yikes! Apparently Bernard Lagat’s wife is his dietitian. It’s likely that she does that professionally too. Though at this age, I doubt Bernard really needs a professional dietitian. He pretty much knows how to take care of himself. They like to take their kids to sports games as well. I was curious why both Bernard and his son wore Seattle Seahawks jerseys when they went to see them play the Cardinals, but then I realized Bernard went to Washington State University. They’re being loyal to their real favorites. 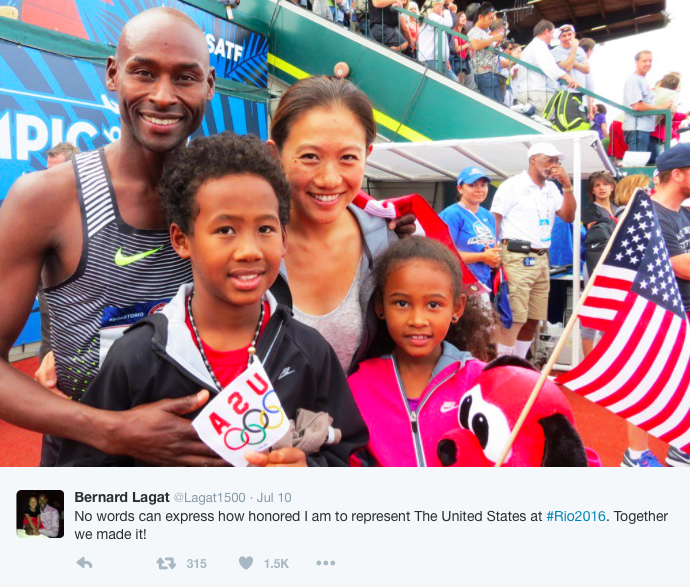