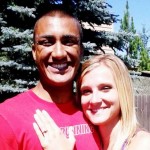 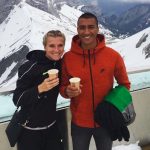 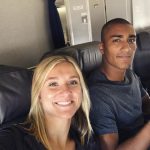 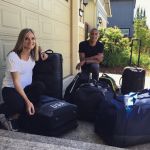 Ashton Eaton’s wife Brianne Theisen-Eaton is no slouch athletically herself.

Married to arguably the best athlete in the world, Theisen is also a multi-sport star.  Competing for Canada, Theisein competes in the heptathlon, and pentathlon.  She competed at the 2012 London Olympic games.

This couple will no doubt have their share of memorable moments.  Back in 2012, Ashton Eaton’s wife Brianne Theisen-Eaton cited one that stuck out.  During qualifying for the 2012 Olympics, the 1500m was the last event of the two-days.  As he finished, he had two very important women waiting for him.  Of course his mom Rosyln Eaton was there.  And, right next to her waiting to celebrate was Brianne. As the three celebrated the incredible achievement, none could seem to contain their emotion. As Theisen told The Oregonian:

“I just cried. By far, the coolest moment in my entire life.”

Both Theisen and Eaton attended the University of Oregon, and had incredibly successful collegiate careers. Eaton graduated in 2011, and Theisen graduated in May of 2012. Theisen broke the news of their engagement late in the spring semester.  But, I think they were both so preoccupied with other stuff for the summer of 2012, that wedding plans needed to wait.

Because of London,…. wait they did.  The couple finally tied the knot on July 13, 2013.  Brianne had an in depth interview with Blush Bridal Oregon about the nuptials.   The article talks about the couple, the proposal, and the wedding day itself.  Athletic through and through, Ashton Eaton’s wife Brianne was proud of their wedding favors representing their endeavors.

Yes, we gave away Hydro Flask water bottles. We thought that was fitting, with us both being track athletes.

Both Ashton and Brianne are back in Rio for their respective events.  Let’s see if the most athletic couple in the world brings home hardware to prove that title once and for all. 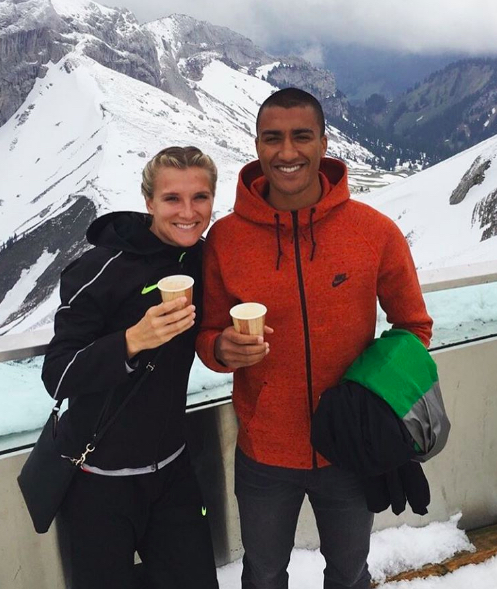