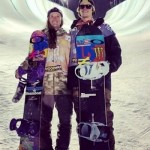 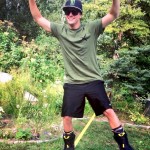 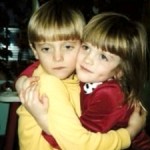 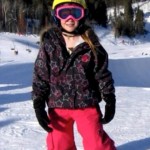 On a site that covers girlfriends and boyfriends, a post about brother and sister Taylor and Arielle Gold is a bit out of the ordinary for us. But these two are pretty impressive. Somehow, with only eight spots to fill, snowboarding brother and sister, Arielle and Taylor Gold both made this years’ Olympic halfpipe team. That’s not one, but two Golds. Strangely enough, they are the first athletes with the name Gold (along with Gracie Gold) ever to compete in the Olympics.

Arielle Gold is 17, the younger of the siblings and the youngest member of the Sochi’s women’s halfpipe team. But, apparently, Arielle Gold owes much of her success to her brother. Although Arielle Gold learned to ski at the young age of three, she wasn’t into snowboarding. But, she was hanging out on the slopes with her snowboarding brother, Taylor Gold who is now 20. Arielle Gold was quoted on Nbcolympics.com as saying, it was when “I turned seven and he was still doing it, and it seemed he was really enjoying it. So I thought I’d give it a try. I ended up liking it more than I liked skiing.” Ten years later, Arielle Gold is headed for Sochi and has been declared the future of women’s halfpipe.

Honestly, when I first started snowboarding, I never really saw myself getting this far in my sport. I just started out doing it for fun, just doing it like any other sport to do in the winter, and it slowly turned into something like this. It was definitely unexpected, but I’m really happy about where I am now.

Unlike his sister, Taylor Gold, a rookie on the US snowboarding team this year, flew under the radar in the Olympic qualifying events. He was typically left out of discussion about who would make it to Sochi. But he made it. It seems that Arielle’s breakout performances last season helped nudge her brother this year. “That motivated Taylor to step it up,” Patty Gold, their mother, said on NyTimes.com. “He saw what she was doing, and I think he realized that I need to go to the next level. I want to be doing what she’s doing.”

It appears that these otherwise competitive siblings are each other’s greatest asset. In fact, Taylor Gold is quoted on BleacherReport.com as saying “We can hear advice from each other that we couldn’t take from coaches. Stuff that’s not necessarily positive, but that eventually helps you.” While their relationship and their surname add sparkle to a snowboard team that is already expected to dominate at Sochi, their coach Spencer Tamblyn reported to the Denver Post, “They are both poised to potentially have some of the biggest moments of their lives.” Let’s hope the Arielle and Taylor Gold each bring home the gold! 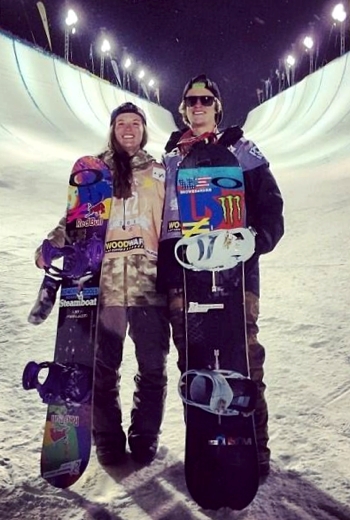