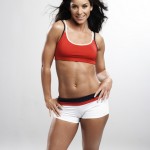 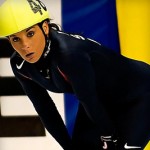 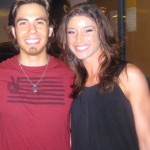 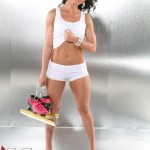 As Apolo Anton Ohno gets ready to embark on his second season of Dancing With The Stars, we figured it was time to take a look further into his life off the ice and ballroom floor. While winning the 2007 Mirrored Ball during his last chance on ABC’s hit reality show, there were the ubiquitous rumors that he was dating his dance partner, Julianne Hough (which were ultimately debunked when Hough began dating Ryan Seacrest). So five years later, and another season about to kick off, it’s time to look into exactly who is Apolo Ohno’s girlfriend?

As we’ve seen time and time again, it seems love blossomed at work. Apolo Ohno dated Allison Baver, who is also an Olympic speedskater for years leading up to the 2010 Olympics in Vancouver. Baver had what some may call a disappointing Olympics, failing to win any individual medals, but taking home the Bronze in the 3000M relay (after an originally medaling team was disqualified). It was a remarkable comeback for Baver having broken her leg the year before in a collision on the track. It was Baver’s third Olympic games having previously competed in 2002 and 2006. Reports seem to indicate that Baver called things off in the months leading up to the Vancouver games so she could focus on her events, and things have definitely not rekindled since. According to Baver’s own website, “Allison is single and resides in Salt Lake City, Utah.”

Unfortunately, the trail seems to dry up for Ohno’s love life since his split with Baver. His 2012 DWTS partner is Karina Smirnoff, so there could be worse rumors than for speculation to point to her as his new girlfriend. With one championship on the show under his belt, we expect them to be dancing for quite some time. When the gossip breaks,… we’ll be there! 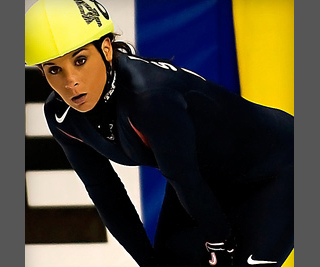