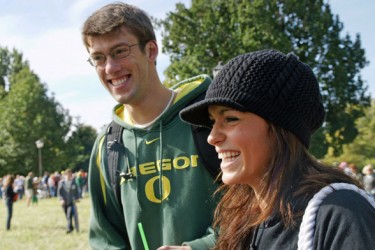 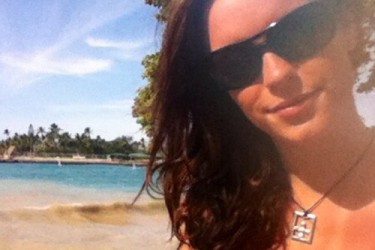 I’m starting to wonder about the pecking order of alpha males at the University of Oregon. With most schools, especially a school with the sports success of Oregon, I’d put the football team at the top and the rest of the teams can fight it out for the scraps. After doing a few Olympic posts I’m wondering if I might have this all wrong when it comes to Oregon. The talent that the men of the Oregon track and field teams pull in, especially the long distance runners, is just top notch.

Andrew Wheating is a perfect example of this. His girlfriend Chera McCabe, from Bandon, Oregon, is one of those sneaky hot girls I think I might have a chance with. For those not familiar with Andrew, and my guess is that will be a lot of our readers, Andrew is another in a long line of famous Oregon runners. He qualified for the 2008 Olympics in Beijing but didn’t come close to the medal stand. Now after four more years of training Andrew is hoping that London 2012 will be his turn to get on the podium and grab a medal. Andrew will be running the 1500m event for team USA.

When Andrew and Chera first dated Chera had no clue how popular Andrew was. Not one to brag Andrew didn’t fully reveal to Chera that he was a big time track star. Hell Chera says she didn’t even know that Andrew was in the Olympics in 2008. While meeting with a friend, Chera casually mentioned that she was dating Andrew Wheating. It wasn’t until her friend started freaking out and pointed to a big billboard behind them with Andrew’s mug on it that Chera realized she was dating a big time athlete. For once, Chera is not a fellow track star, and honestly, I’m glad we found one Olympic athlete who doesn’t feel the need to date someone in the same field that they are in. 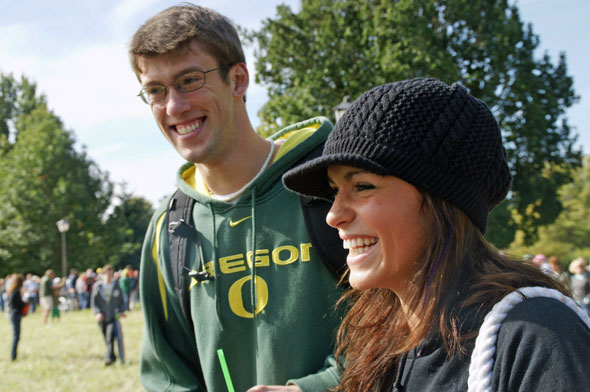