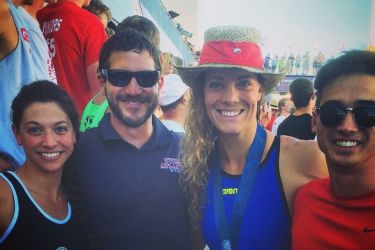 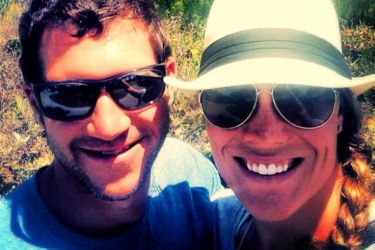 Amanda Weir’s boyfriend Chris Davis is a swim coach that has dated her since around 2007. They live together in Atlanta with their lovely dog Jupiter. Jupiter is an Italian Greyhound who Amanda dotes over like a child. She travels a good deal but manages to take Jupiter with her when she can. Swimming events and responsibilities dictate the schedule.  But the couple has been known to go to Southern California to take in some rays of sunshine.

In an interview from around 2010, Chris said that he started in pool management (which is a nice way of saying he was a pool cleaner). Amanda Weir’s boyfriend said “nobody ever seems really excited that their pool was super clean. Nobody ever said, ‘Oh, the pool’s so sparkly.'” Yes, Mr. Davis, we sympathize with you. Starting from the bottom in the world of swim coaching is a long road. Chris actually swam with Amanda when he was in college. He also swam with Eric Shanteau, another Olympian.

Chris didn’t say much about dating Amanda in 2010 when he was interviewed by a local paper, but he did mention that the gossip started to die down in the swimming community after a few years. People would still come up to Amanda Weir’s boyfriend and mention that she was on the cover of such-and-such swim magazine or was grabbing attention in the media. A big part of Amanda’s life is also hanging out with her brother Caleb. They are together a lot. They also spend time together doing recreational activities like going to the beach and visiting Churchill Downs. Amanda has described her days off as “retail therapy.” She likes to shop when she’s not training. 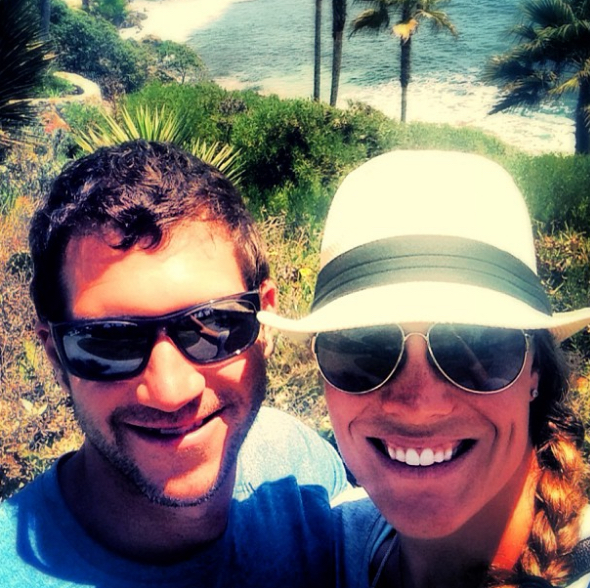