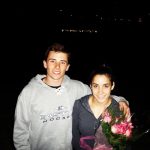 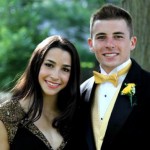 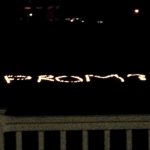 Aly Raisman’s boyfriend Jamie McGill asked her to the Needham high school prom roughly four years ago. Aly was training for the Olympics and not actually attending school with her classmates. That didn’t deter Jamie McGill though, as he spelled out the word “Prom?” in Christmas lights on the football field. Aly, of course said yes.

The prom was held at the Fairmont Copley Plaza in Boston and Aly wore a gold corsage to match Jamie’s gold vest and tie. Oh and also to match Aly’s eventual gold medals too. Aly had to leave the prom early and miss out on the after-prom party in Cape Cod, on orders from her coach. While it was likely worth the eventual gold medal, that’s pretty crappy of her coach – can’t the girl enjoy her own damn prom night?

Aly later clarified in several media outlets that the pair were not actually dating. Aly and Jamie later attended the The Weinstein Company’s 2013 Golden Globe Awards Party, lending further fuel to the speculation that the pair were a couple.

Being from Boston, we’ve been following Needham, MA resident Aly Raisman with particular interest. The elder stateswoman and captain of the US Olympic Gymanstics team, Aly Raisman is obviously a big deal around our area. Nowhere is this more prevalent than her hometown of Needham. Jamie McGill has known Aly since they were children, both growing up in Needham.

Jamie was a standout Lacrosse player for Needham High, where he was also captain of the golf team. He continued playing the sport in college, at Saint Michael’s College in Vermont. Jamie finished his senior year this spring and accomplished Commissioner’s Honor Roll on five separate occasions.

Also, we’ll leave you with one last thought. Everyone wants to know if Jamie McGill is still Aly Raisman’s boyfriend. As our friend Luke put it best, “now that she’s a gold medal Olympian, she doesn’t Needham…”. 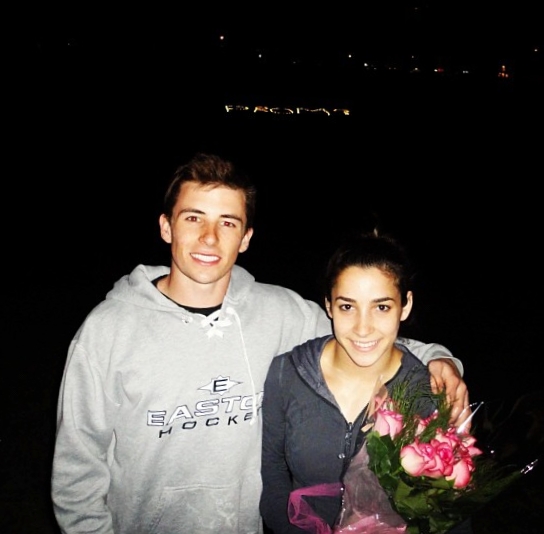