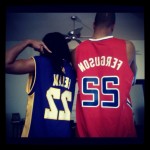 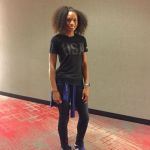 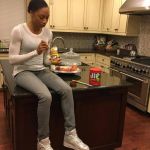 You know who I haven’t seen on her social media in a long time? Allyson Felix’s boyfriend Kenneth Ferguson. It leads me to believe there’s a chance they’re not together any more. Allyson loves to take pictures with family and friends, so the absence of Kenneth over the course of the past 34 weeks is interesting. The last time I saw them together on her social media was November of 2015 when they were doing synchronized dancing for fun.

The thing about that is: they were vacationing like crazy in various places right after that video. At least, I think Allyson Felix’s boyfriend was the one taking the photos of her at Disney Land and Vail. Before that, she was on a safari in Kruger National Park in South Africa. I should point out that Kenneth was a competitive runner who never quite made it into the upper echelon of Olympic-quality runners. It’s a tough racket. 29th was his best finish at the 2008 Olympic trials.

Allyson Felix’s boyfriend 12 years ago, just for a moment in time, was possibly Lebron James. I’m telling you this because she was his date for the ESPY Awards back in 2003. It stands to reason that she’d date the best basketball player, right? She has a total of four gold medals from the Olympics. She’s pretty much the best female runner on the planet. She has never medaled in the 100 meter dash, which happens to be her favorite race. You can bet she’s raring to go this year!

Felix is very family oriented. Her brother Wes, who is also a sprinter, is her agent. Forgoing her college eligibility, Alyson was signed by adidas at 18. Felix also is faithful, crediting this for her running ability. “My faith is the reason I run – it calms my heart and makes everything feel like a lift. My speed is definitely a gift from Him, and I run for His glory. Whatever I do, He allows me to do it.” 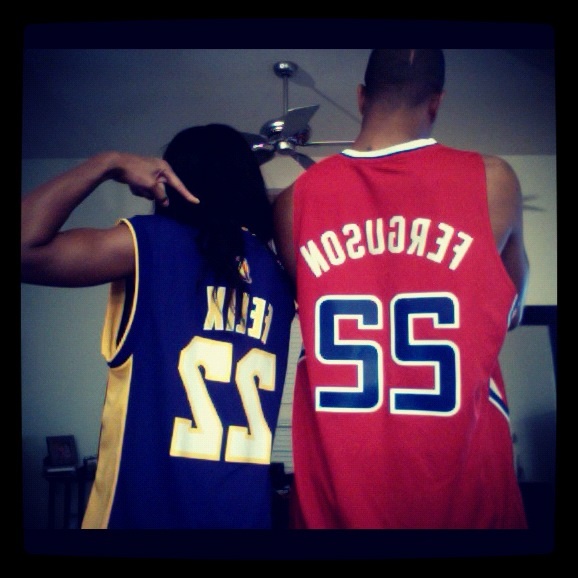