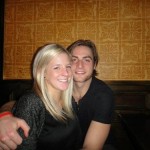 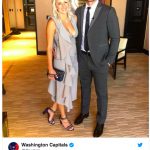 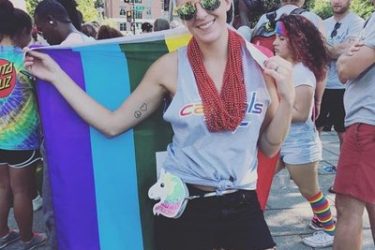 Braden Holtby’s wife Brandi Holtby can turn some heads.  At the 2017 NHL Awards, the Holtby’s showed up in their Sunday finest to walk the red carpet.  And.  Just.  Wow.

You’re with us now, right?

But, our mission here isn’t to reduce Braden Holtby’s wife to a head turner.  In addition to being stunning, she’s also a mom.  And, being a mom and wife are probably the things she’d self identify first.  Brandi gave birth to their first child, Benjamin Hunter Holtby on May 10, 2012.  Their second child, a daughter named Belle Scarlett Holtby on May 29. 2014.  The B names are strong with the Holtby clan.  And W’s are strong with Holtby on the ice.

Braden Holtby’s wife was pregnant with Benjamin right in the middle of their 2012 playoff run.  After game 5 of the Boston series, Brandi tweeted the following out to her to-be husband:

I love you babe, but these games are getting too intense for your very preggy fiancee #contractions #preggyproblems

.
Brandi has been away from Braden for most of the season because of school. However, according to her twitter feed Brandi just finished her spring semester classes during the Boston series and is heading to DC to spend time with Braden.

Upon the birth of Benjamin, the 22 year old Braden went out of his way to not be a distraction to his team.  The delivery came smack in the middle of the Eastern Conference semi-finals matchup against the New York Rangers.  So, Braden and Brandi scheduled the delivery in the DC area.  Brandi had just moved to DC after school ended in Canada, so the both of them went through sacrifices to make it work for their family, and his team.

Brandi Holtby is actively involved in Capitals Wives’ charitable events.  Auctions, fundraisers, charity runs, you name it.  She cares deeply about the community she’s adopted in DC and goes out of her way to support the community around her.  Even as a Bruins fan, it’s hard not to like these two. 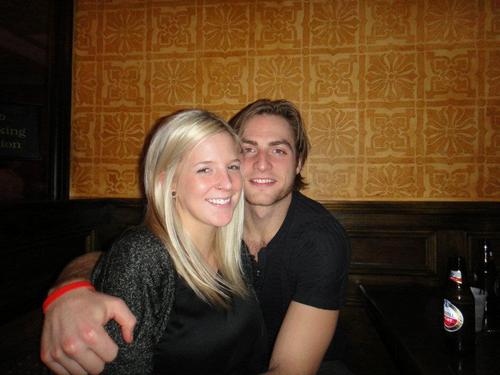