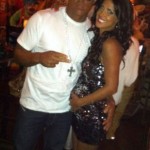 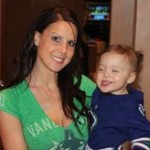 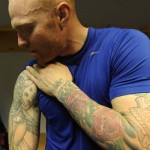 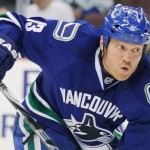 UPDATE: 10-31-2011: Thanks to a harmless Tweet by teammate Paul Bissonnette, Raffi Torres and his wife Gianna Santeramo-Torres are in some hot water this morning. Raffi and Gianna dressed up as Jay-Z and Beyonce for a Halloween party. For authenticity sake, they donned blackface. While we don’t have a problem with this and really don’t see the big deal, many people are accusing the Torres’ of racism. We say those people need something else to occupy their time. Pic of the costumes to the right.

****************
With his huge goal tonight in game 1 of the Stanley Cup Finals against our Boston Bruins to break a scoreless tie with only 18.5 seconds left en route to a Canucks victory, Raffi Torres is receiving a lot of attention. We hadn’t posted anything about him before, basically because there isn’t much information out there about his wife, Gianna. Given the media attention tonight though, it seemed like as good a time as any for some super sleuthing – and we’ve got it. A photo of Raffi Torres wife Gianna, that you won’t find many other places.

Raffi and Gianna became engaged in 2006, were married in Toronto on July 5, 2008 and have a daughter, Kaytlin Torres, together, but we the people of the Interwebs don’t know much else about Gianna. Until some pretty impressive detective work by us very recently, no one even had a photo of Raffi Torres’ wife. For a long time, the closest we could get to a photo of Gianna is a photo of the tattoo that Raffi has of his wife on his arm, though she is made to look more action figure than real life – so it’s not much help.

Oddly enough, far more information is available on Raffi Torres’ father Juan and mother Anna. It seems like hockey wives are the hardest to find information on. Given Raffi’s numerous quotes on how he would prefer his wife stayed home during hockey season, perhaps that’s not surprising. 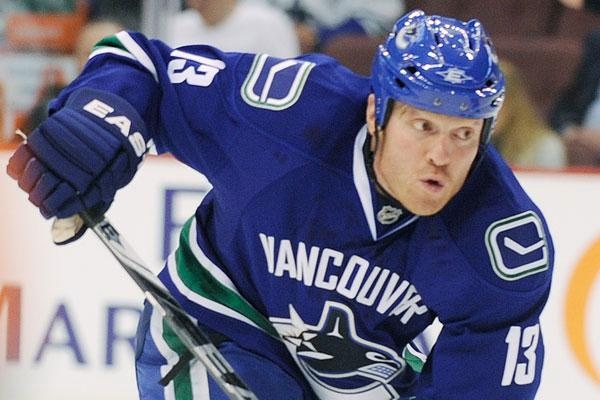