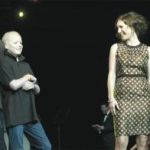 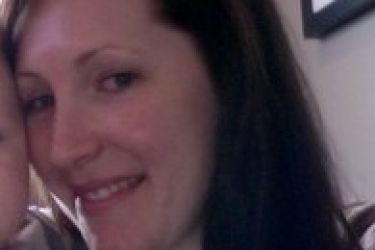 Manny and Joann were married in September of 2007. They have one child together, son named Caleb born in 2008.

Manny and Joann host an annual Thanksgiving dinner for any of Manny’s teammates who are interested in coming. Manny explained in an interview with AskMen that it’s important to him to make sure that the young guys on his team without family in the area have a place to go celebrate and feel like they’re home. He says the couple host upwards of 20 people every year.

We can’t lie. We first learned about Joann after her brother (and Manny’s brother-in-law), tweeted an update after Manny’s regular-season ending eye injury. Her brother just so happens to be Suns PG Steve Nash.:
@SteveNash: I need my brother in law, Manny Malhotra of the Vancouver Canucks, to have successful eye surgery tomorrow saving his eye and vision.”
Thanks for the heads up, Steve. Looks like your wishes came true, as it’s looking like Manny will be lacing up the skates for game 1 of the Finals 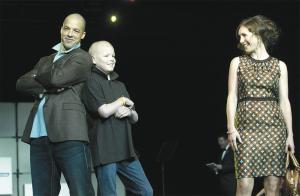