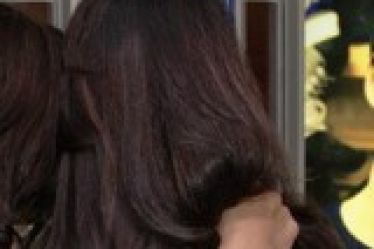 Alex and the former Nancy Roy got engaged in the summer of 2009, while vacationing in Europe. Alex proposed in Venice at the Grand Canal. They were married in July, 2010.

Nancy gave birth to the couple’s first child, Victoria, on April 27, 2011. The birth came less than 24 hours after Alex scored the game winning, game 7 series clinching overtime goal in the first round of the 2011 playoffs against the Blackhawks. Following the whirlwind 24 hours, Alex joked that the emotional roller coaster of the series must have triggered the birth. He also added:
“I’m pretty lucky. My wife is unbelievable. Obviously, I spent the day in the hospital and last night the baby was born and I was able to spend a few hours there after the birth. It was a special moment, really magical. I’m really proud. My wife knew today was another big game for me and she understands and supports me.”