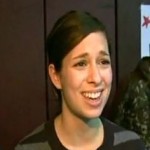 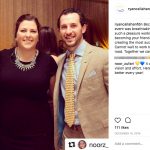 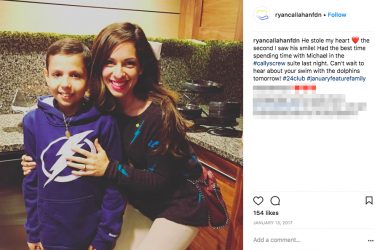 Ryan Callahan’s wife Kyla Callahan is a loyal supporter through and through.   I suppose spending nearly 20 years together can do that to a couple.

Ryan Callahan’s wife through the years

Ryan Callahan’s wife spent eight years as Ryan Callahan’s girlfriend before he finally popped the question.  The former Kyla Allison spent time with him through the minors and juniors and finally made it to that great couple place.  The couple married on June 25th, 2011 at the Oak Hill Country Club.  Oak Hill also happened to  host the PGA Championship in 2013.  Since the wedding, the Callahans have three kids. Daughters Charlotte and Evelyn, and son Dominick.

When we first wrote this post in 2012, their wedding registry was still easily available to find online.  And in that spirit, we discovered a totally reasonable wedding registry online. Personally speaking, I cannot say enough how classy I find it to put items of every price point on your registry, especially when you get a pretty nice paycheck. Nothing worse or more conceited than registering for nothing but crazy expensive stuff. I think this speaks volumes about how classy this couple is.

Speaking of classy… Let’s talk about the Ryan Callahan Foundation

The Ryan Callahan Foundation has been established to help families dealing with kids with cancer.

The Ryan Callahan Foundation is a non-profit organization established by Ryan and his family to make memorable experiences a reality for kids who are battling, or who have survived, cancer. In partnership with several highly respected national organizations and many generous volunteers, the Foundation covers the costs and coordinates all the planning for the adventures these kids dream of. And though each may be a little different, in every case, families can count on the gift of support, hope, strength, encouragement, and love.

Ryan Callahan’s wife is deeply involved in the foundation.  Many of the pictures on the Foundation’s Instagram account involve Kyla meeting with people they are supporting.

He stole my heart ❤️ the second I saw his smile! Had the best time spending time with Michael in the #callyscrew suite last night. Can't wait to hear about your swim with the dolphins tomorrow! #24club #januaryfeaturefamily

Formed out of heatbreak, and driven by love

The foundation is certainly a logical cause when considering that both Ryan and Kyla have dealt with cancer diagnoses in their families.  An article in the Tampa Bay Times explores further

Both Ryan and Kyla’s families have been touched by cancer; Callahan’s father, Mike, recently received a clean bill of health after a prostate cancer fight. But it was the birth of the Callahans’ two kids, Charlotte, 4, and Evelyn, 2, that made this particular cause hit close to home.

“It’s always been something I’ve gravitated towards,” Callahan said. “And when we had two daughters of our own, we put ourselves in families’ shoes. The strength the parents show, the strength the kids show, is so remarkable that we wanted to do something that can help these families when they’re going through tough times.”

Callahan said he may be the face of the foundation, but Kyla is the “driving soul” that makes it run.

Kyla’s close family friend, Sarah Mini, was diagnosed at six months old with a brain tumor and lived until she was 6. Callahan’s grandfather died of pancreatic cancer. Kyla lost her grandmother.

“We’ve seen it, we’ve lived it,” said Kyla, who has been with Callahan since their junior year of high school in Rochester, N.Y. “We’ve felt the heartbreak.”

The Callahan family has certainly given back and then some.  We’ll be candid.  A Bruins fan is writing this post.  And while my favorite team squares off against Ryan Callahan, it’s hard to root against this family.  Kudos to a great couple and family 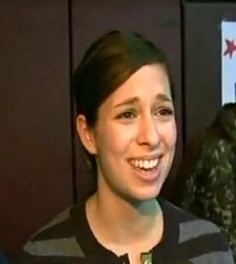