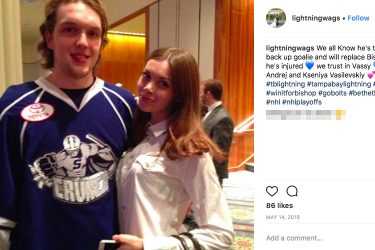 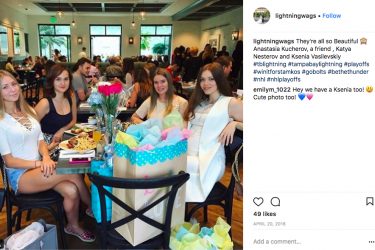 “Just hockey and family, that is my life.”

That’s a direct quote from the Lightning netminder himself.  In an article with the Tampa Bay Times, Vasilevsky professes his love for the two things that matter most to him.  That includes his wife Ksenia.

Andrei and Ksenia met on a flight to Moscow almost nine years ago.  They married in 2014, which helped things out considering she followed him across the globe while he pursued his hockey dreams.  That same article shares an incredible story of their young son, Lukas coming into the world.

The couple has been married four years, Ksenia following Vasilevskiy from the KHL to AHL Syracuse to the Lightning. Lukas arrived on New Year’s Eve 2015, a few weeks early.

Vasilevskiy was with Syracuse, which was playing in Wilkes-Barre, Pa. After Vasilevskiy won his start, he was summoned to then-coach Rob Zettler’s office. Vasilevskiy, who already knew he was getting called up by the Lightning, thought that was the news.

While not much is know about Ksenia, we know that the family he loves so much is with him on the job too.  Their names are painted on his mask, a constant reminder of the other thing that matters besides hockey.  Unfortunately, Ksenia has managed to maintain an incredibly low profile, despite a husband with an incredibly high profile job.  While she’s known to be friendly with the other Lightning WAGs, not much else can be learned online.  The family lives a quiet life in South Tampa.  And if he takes the #1 seed to another cup, they may finally be in one place for good. 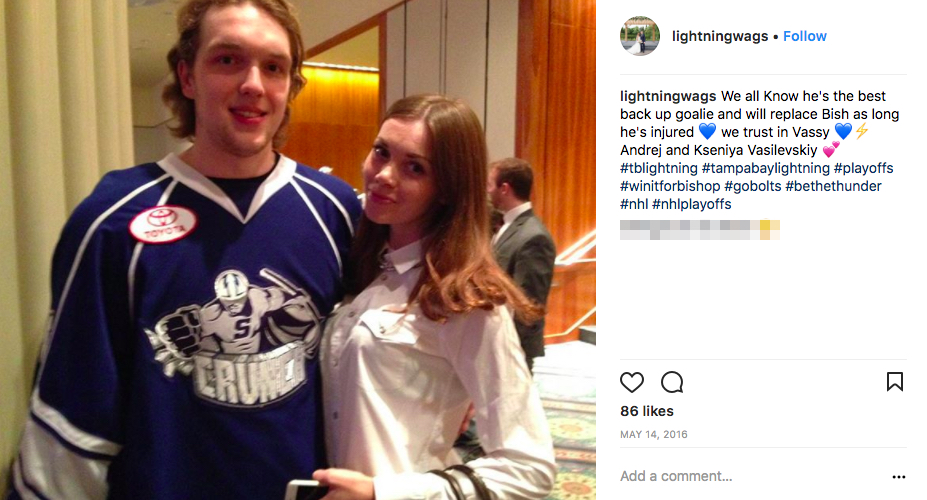